Many pet cats often like to go for a stroll outside and end up getting lost. But that doesn’t seem to be the problem for this one particular pet cat whose video has been shared on Instagram and has been going viral ever since. The adorable little munchkin can be seen sporting a GPS tracking device, with the help of which, its human tracks it at a construction site nearby. It is noteworthy that he looks for his pet cat in order to give it some eye medication that it requires every four hours. After the cat gets located by his human, he begins to guide him home as if he was the one who was outside.

The cat video has been shared on Instagram with a caption that provides more context as to what can be seen in it. “Tracking my fluffy boy to apply his eye ointment on time,” it reads. The video has been shared on the Instagram page that is dedicated to a cat photographer and his four cats who are all based in Germany, according to their bio. The page has over 2.6 lakh followers on it.

Shared five days ago, this cat video has 2.3 lakh likes on it as of now.

“Number one cat dad,” complimented an Instagram user. “I love the close-up of his little face,” posted another. “Each cat has to do what makes him or her happy and human have to accept. Like a son or daughter who loves to base-jump,” shared a third.

Mon Sep 26 , 2022
NEWYou can now listen to Fox News articles! Three puppies were stolen from an Atlanta-area animal shelter on early Friday morning. The incident happened at PAWS Atlanta at around 3 a.m. when employees monitoring security camera footage saw an individual walking around the shelter, followed by a breaking glass sound, […] 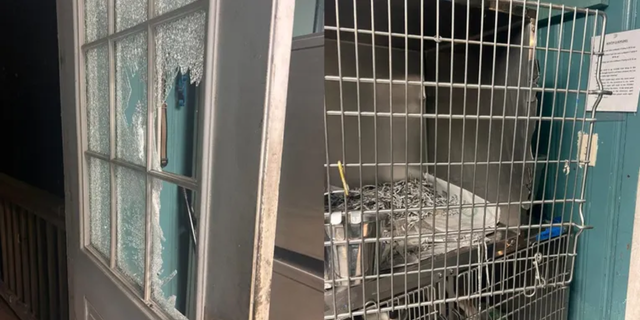