Kneading is when cats massage an object with the front paws, which extend and retract, one paw at a time.

This massaging action, named for its resemblance to kneading dough, is repeated rhythmically. You may have spotted your cat kneading and wondered how on Earth they developed such a behavior.

So, why do cats knead? Does it tell us anything about how they’re feeling, and is there anything you can do if they’re painfully kneading you while sitting on your lap?

The evolutionary background of kneading

Cats first begin to knead when just tiny kittens, still nursing from their mother. Kneading is associated with suckling, which helps stimulate a mother cat’s milk supply through the release of oxytocin and likely evolved for this reason.

Kneading also has another evolutionary advantage. It can be used as a form of tactile and pheromone communication between kitten and mother.

Cats have scent glands in their soft paw pads, and when they knead, these glands release pheromones (chemical messages used to communicate).

Kneading on their mother releases pheromones associated with bonding, identification, health status, and many other messages.

One of these, known as “cat-appeasing pheromone”, is released by the sebaceous glands round the mammary glands.

Pheromones are not only important for bonding between the mother and young. Cat-appeasing pheromone also has the potential to treat aggression in mature cats.

If kneading is a kitten behavior, why is my adult cat still doing it?

While kneading evolved to stimulate milk supply and express chemical and tactile messages between kitten and mother, it’s also a common behavior in adult cats, because of something called neoteny.

Neoteny is when an animal retains their juvenile physical or behavioral traits into adulthood. It’s likely these traits are advantageous for cats when needing to socialize with humans and other cats or animals in the household.

Kneading, in particular, may be retained into adulthood because it can help communicate messages.

Kneading on your lap is a cat’s way of saying, “we’re affiliated” or “you’re in my social group”. Or, to be very human about it, “you’re my person”.

We may also reinforce kneading by rewarding our cat with attention when they do it.

Some cats like to knead on soft or woolen blankets while also sucking on the material, as if from a teat. This may be relaxing or soothing for the cat because of this association.

What does kneading say about how our cats are feeling?

In most cases, kneading likely indicates your cat is comfortable.

However, if the kneading (and especially sucking) occur very frequently, for a long time, appears compulsive, or is beginning to damage your cat’s paws, legs, or mouth, it may be a sign your cat is stressed or in pain and needs to see a vet.

Kneading and sucking can become compulsive, a particular problem in Siamese and Birman cats.

Some cats don’t knead at all. Just like people, cats are individuals and like to show that they are comfortable or affiliated with you in their own ways.

Help! My cat kneading is hurting my legs

Kneading is a normal behavior that may be an important part of your cat feeling bonded with you. If your cat’s claws are getting a little too involved for your liking, then invest in a thick blanket that you can cover your legs with. Avoid telling them off or kicking them off your lap.

Instead, reward kneading where the claws are kept to a minimum by showing more attention via patting or handing out a food treat when your cat is kneading the way you would like them to.

You can even add in a cue to request the claws go away. Something short like “pads!” would be a good option. Simply associate the word and a food reward with the behavior you want.

And if you need your cat more than they knead you, that’s OK too.

This article is republished from The Conversation under a Creative Commons license. Read the original article.

Sun Dec 11 , 2022
Among the many grievances people harbor toward Elon Musk, add one more: alleged animal cruelty. Neuralink, a startup co-founded by Musk in 2016, aims to develop a brain chip implant that it claims could one day help paralyzed people walk and blind people see. But to do that, the company […] 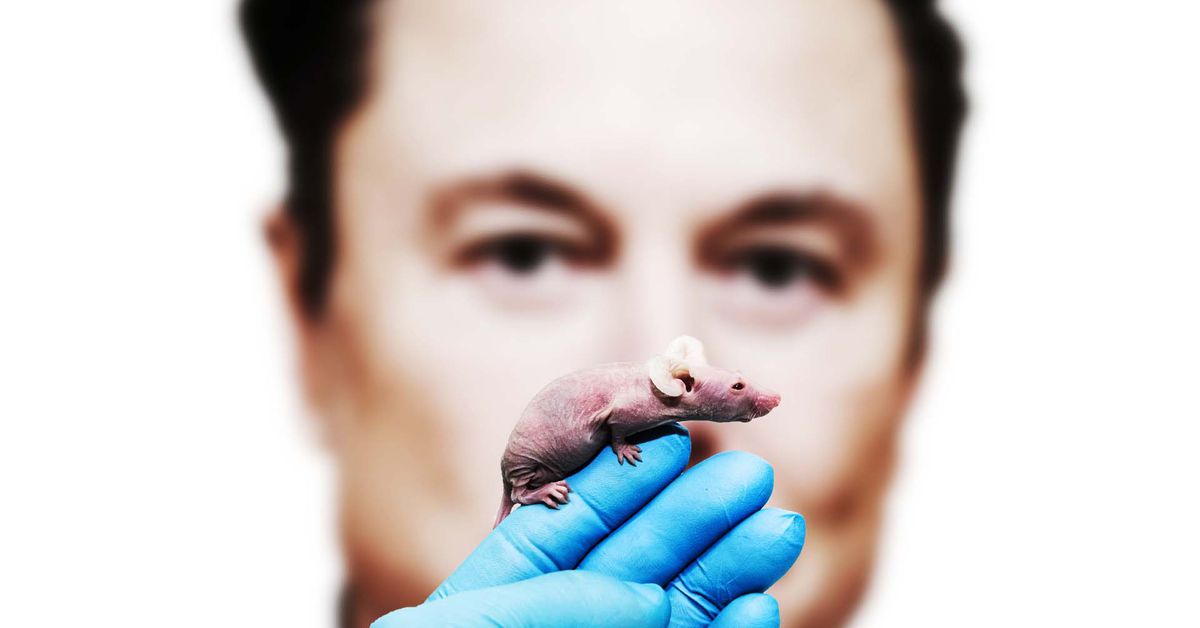