Cat’s kneading is also called “making biscuits”, which is pretty adorable, and also makes you want to just smush your face into your cat’s. What is not adorable are the punctures that may be a result of this, which have been designated the name Felis Punctatis.

Cat-related zoonotic conditions can be related to mites, fleas, bacteria, nematodes, protozoa, dermatophytes, fungi, mycobacteria, ticks, and viruses. There is also a higher likelihood of a cat becoming a vector when they decide to go on a merry old stroll around the town.

However, some diseases can occur through cat scratches, whether intentional or not. Some cats can often knead and cause skin breakages when they are very comfortable, like when they are being stroked, sitting in a sun-heated spot, or on an owner’s warm lap.

Many reasons for kneading have been previously described: such as instinctive trait from when they were kittens and wanting milk, marking a territory, signalling they are able to mate, to preparing an area for sleep like when wild cats are pawing at leaf debris and patting down tall grass.

So overall, it is a sign that the cat is very happy – but unfortunately, it is also common for marks to be left behind on the skin.

This can be a concern as claws can sometimes carry infections that can cause bartonellosis (cat scratch fever) and sporotrichosis (rose garderner’s disease). In fact, lap kneading was a root cause of feline-transmitted sporotrichosis in a 41-year-old from California. She developed an erythematous papule (small, raised area of the tissue that are can cluster together to form a rash) on the chest that ulcerated. Fortunately, this infection resolved after a course of anti-fungal treatment.

These illnesses have been well documented, however, there has not been an accurate description for the puncture marks themselves. A 2017 paper has described a case presentation and proposes that these marks should be called felis punctatis. This would be of a Latin nomenclature and would designate the name for any claw-induced dermatosis (which is any skin lesion or lesion).

The paper highlighted the case study of a 56-year-old woman who had developed abdominal punctures above the belly button created by the repetitive insertion and withdrawal of claws (in less technical terms, kneading). The cuts had appeared several days before, but had slowly become more red and prominent.

These war wounds were from her nine-pound spayed long-haired domestic female cat called Bella. The owner was lying on the couch when her cat decided that they wanted some attention – as they do – and started to knead on her belly.

For the owner (and for the many cat owners out there) was a very common occurrence, and to the report she allows the cat to carry on.

This caused a small mild infection, that did heal up within three weeks (despite the cat owner being provided topical antimicrobial treatment that they did not take).

There should be caution as there are a few zoonotic infections that are transmitted by a cat, such as Bartonellosis (cat scratch fever) and sporotrichosis.

The study was published in the Cureus.

Wed Sep 21 , 2022
Pigs in Victoria are still being held in narrow pens that are not wide enough for the animals to turn around, despite an industry promise to stop using them five years ago, according to the Animal Justice party. The party is now calling for a ban on the use of […] 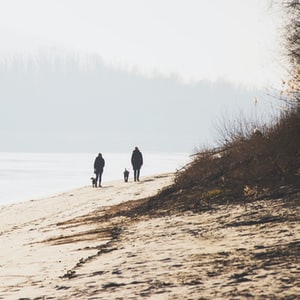