Walker Cousineau called out to his mother the moment he saw a photo of a happy-faced white pit bull mix on Facebook.

“This dog is deaf. Just like me!” Mindy Cousineau recalled her 14-year-old son telling her.

The caption on his adoption photo read, “He’s a 9, but he can’t hear you snore at night.”

Right away, Mindy and her husband, Jim Cousineau, jumped in the car with Walker that Sunday afternoon, July 31, and drove from their home in Bentley, Mich., to the Bissell Pet Foundation’s Empty the Shelters adoption event in Midland, about 35 miles away.

“We asked to see the deaf dog they called Puppy, and as soon as they brought him out, we knew there was no going back,” said Mindy Cousineau, 42.

An old dog was left at a shelter to be put down. Instead she’s living her best life.

Her son bonded immediately with the 6-year-old pooch that had been dropped off at the Midland shelter about a month earlier, she said.

Walker immediately knew what he would name him: Dave. He always giggled at the line “Hey, Dave, listen up, please!” from the “Despicable Me” movie, his mom said. The laugh line was delivered by Steve Carell’s character to a misbehaving minion and seemed like a fitting place to find his new dog’s name.

“He thought it would be funny because Dave [the dog] can’t listen up,” she said.

The photo Walker had spotted of the dog on the Humane Society of Midland County’s Facebook page had been posted just two days earlier.

“It was pure luck that Walker saw it,” Mindy Cousineau said. “It was love at first sight.”

“We already had two dogs at home, but when we saw Dave plop down into Walker’s lap, it was a done deal,” she added. “It was like Dave was saying, ‘This is my person.’ ”

Walker is in ninth grade and has high-functioning autism and bilateral hearing loss, she said, noting that her son can hear high-pitched tones but uses hearing aids to help him hear low-pitched sounds.

“Walker could hear pretty well until he was almost 10 and had influenza A,” Mindy Cousineau said, adding that she thinks that’s what caused his hearing loss.

“He has meltdowns sometimes, and he has been teased at school,” she said, explaining why Walker was happy to have some extra emotional support. “When he showed that he related to Dave because he was deaf, we knew it was meant to be. They became instant friends.”

Dave was in a home where he was neglected and left outside to run free, and then he was taken into another nearby home where he did not get along with the chickens on the property, so he was surrendered to the shelter, Nicholson said.

“When he arrived here, we were told he was deaf,” Nicholson added.

Dave quickly became a staff favorite because of his gentle demeanor, but he had been passed over for adoption because of his deafness, she said, noting that the dog was in the shelter for nearly a month before the Cousineau family showed up to take him home.

More than 22,000 shelter pets across the country were adopted during the Bissell Pet Foundation’s month-long event — in which 32,000 pets were looking for homes, said Brittany Schlacter, a spokesperson for the foundation in Grand Rapids, Mich.

About 7,000 animals that were not adopted during the event were placed in various shelters when space opened up, and Dave — one of them — was one of the last to find a home, she said.

“Dave and Walker’s friendship is the perfect reminder that there is a family for every shelter pet waiting for their second chance,” Schlacter said.

Mindy Cousineau said when they opened their front door, Dave strolled inside the house like he owned the place and right away started playing with the family’s other dogs, Doug and Darry, and Walker’s younger brother, Chase, 12.

Dave sleeps on Walker’s bed and is never more than three feet from his side when he’s not at school, Mindy said.

“We’ve noticed a huge difference in Walker’s attitude and behavior since Dave showed up,” she said. “He’s more relaxed. When Dave sits next to him, he tells him his troubles.”

“I just love him — I can tell him anything,” added Walker.

He and the rest of the family were surprised to learn that Dave already knew sign language commands. They’d taught basic sign commands to their other dogs years earlier, Mindy said. Dave had apparently been taught by a previous owner.

“He understands if you sign the words sit, stay, speak, shake, come, good boy and leave it,” said Mindy, noting that she’s been signing “leave it” a lot because Dave often picks up things he’s not supposed to have.

“He came here already knowing this, so somebody had to have loved this dog,” she said. “He’s really smart and he’s really happy. And now Walker is enjoying teaching him some new commands.”

Flooding destroyed a bridge in Indiana. A high school football team rebuilt it.

Shelter workers didn’t know how Dave lost his hearing, Mindy said, but they told her he was probably born that way. In fact, studies have shown that dogs with a white-colored coat are more prone to deafness.

Whatever the reason, he’s a perfect companion for Walker, she said.

“We all accept him and love him,” Mindy said. “He’s a fun-loving dog, and he’s helping Walker to want to spend more time outside. They run around in the yard and play fetch.”

Dave has also helped her son to gain more confidence, she said.

“Walker has become more social and he’s talking now to kids at school,” she said. “He even decided to join the school football team. He’s opened up because of Dave.”

She said that Dave has more than earned his favorite regular treat of freshly peeled bananas.

“He’s the only dog out there where you can open a cheese wrapper and get no reaction whatsoever, but when you open a banana, he’s all over you,” Mindy said.

Walker said he’s fine with getting jumped on and knocked over by Dave.

Tue Sep 13 , 2022
Sanford, N.C. — Officials with the Lee County Animal Shelter announced Monday they are unable to take in anymore cats due to a deadly disease spreading that could be through their shelter. The shelter will not be able to accept cats again until Sept. 26. Feline panleukopenia, also called feline […] 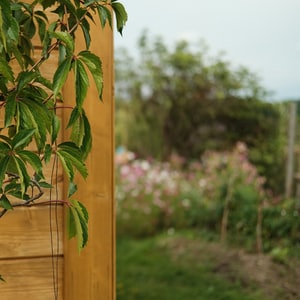