The last thing the writer and dog behavior expert Alexandra Horowitz needed in the spring of 2020 was a new puppy. Her family — three reasonable humans, two elderly dogs and one contented cat — was already “replete with animal fur,” she writes in “The Year of the Puppy,” her latest book. The pandemic was just taking hold. Why open the door to chaos?

Why did anyone get a new puppy during the pandemic? (Why didn’t everyone?) Apart from the usual reasons, there were scientific considerations for Horowitz, who runs the Dog Cognition Lab at Barnard College and whose books include the runaway best seller “Inside of a Dog: What Dogs See, Smell and Know.” Long fascinated by canine umwelt — how they experience the world — she had never before studied a puppy’s development from its origins as “a mewling splodge of fur,” as she writes, into adolescence and beyond. This seemed like the perfect opportunity.

She imagined herself as the canine-behavior equivalent of the Swiss psychologist Jean Piaget, who used his own children as subjects in formulating his theories of developmental psychology. But “The Year of the Puppy,” coming on Tuesday from Viking, became less scientific inquiry (though there is a lot of that in there) and more personal memoir, as the arrival of this tiny and vociferous being threw the family off its normal axis.

“It turns out that we were just too intertwined in her life,” Horowitz said in a recent interview. “And as an observer, I’m not objective.”

After reading about what happened next, what you want is to meet the dog in question, named Quid (short for Quiddity). And there she was the other day, waiting with Horowitz on the sidewalk outside their apartment on the Upper West Side, a mid-sized mixed-breed dog with a sleek black coat, a scruffy schnauzer-like face and Brezhnev-esque eyebrows that gave her the appearance of a wise old man.

“It makes it easier for her to meet outside, because she’s complicit with us and we’re all going into the house together,” Horowitz said, as Quid sniffed and woofed and clamored by way of hello. “It tempers her ardent enthusiasm, which she expresses through barking. Would you like a treat to give her?”

The conversation moved upstairs to Horowitz’s apartment, where Quid attended to two of her favorite pastimes, chasing a tennis ball and being petted by Horowitz. Edsel, the calico cat, sprawled across a reporter’s notebook, knocking the pen out of the way, and began to purr amiably. “The cat likes to find the thing you are using and sit on it,” Horowitz said.

Horowitz knew the woman who was fostering Quid’s mother, and so met the puppies the day they were born. But when she brought Quid home, at the age of just under 10 weeks, Horowitz found that she did not fully take to Quid right away. And her previous assumption that canine idiosyncrasies like jumping, barking and anxiety grew out of a dog’s early experiences wasn’t borne out by the evidence.

“Her early life was not full of trauma, and yet nonetheless she was not the dog I hoped she would be at first,” Horowitz, 53, said. “She wasn’t responsive to us in a way that I wanted her to be.” Quid was impulsive, eager to run heedlessly after squirrels and other elusive creatures, inclined to bark more relentlessly and with less apparent purpose than Horowitz’s two older (and now, sadly, late) dogs.

And so the book is as much about how Horowitz adjusted to Quid as how Quid adjusted to the business of growing up, becoming “an exquisitely sensitive, preternaturally agile, sweet, loving creature,” Horowitz writes. “A member of our family.”

As we chatted, Horowitz’s husband, the writer and editor Ammon Shea, wandered over to make something in the kitchen. What was his opinion of Quid?

“I think she’s fascinating and full of excitement and love and she has a hairy joie de vivre — with a lot of hair and teeth — and she is untrammeled in her enthusiasms, which is nice,” he said. “Nobody’s interested in a jaded dog.”

He added: “She is also kind of a pain in the tuchus because of those untrammeled enthusiasms.”

Shea, an editor and researcher at Merriam Webster, is also a writer who likes to dig deep into a subject; his books include “Reading the OED: One Man, One Year, 21,739 Pages.” In a strange twist, Horowitz once worked at Merriam-Webster, too, as a lexicographer — defining words — after graduating from the University of Pennsylvania with a philosophy degree. Her next job was as a fact checker at The New Yorker.

She returned to school and got her master’s and her Ph.D. in cognitive science at the University of California at San Diego. Her thesis was called “The Behaviors of Theories of Mind, and a Case Study of Dogs at Play.”

The two met in 2004 when Shea, then working for a furniture-moving company, was hired to help Horowitz move into a new apartment.

“We met lexicographically,” he said. As he entered the house, Horowitz said, “It’s OK, Pumpernickel,” speaking to her then-dog. (“Life of a Dog” readers will recognize Pumpernickel, who had a starring role.)

“And I said, ‘Do you know the etymology of the word ‘pumpernickel?’” Shea recalled. “And she did know the etymology, though we had a light disagreement. I said ‘farting devil,’ and she said ‘flashing goblin.’”

Five years later, they got married.

Though she and her family have a house in upstate New York, where they spent much of the pandemic, she believes the city is an excellent place for a dog — what with the smells, the constellation of potential dog friends, the new experiences, the connection with their people. (She doesn’t like to say “owner.” As she explained: “The longer I’ve lived with dogs, the less apt it’s seemed to me to think of them as possessions.”)

“The city is very engaging, and with any reflection you can see that a city dog can do exceptionally well,” Horowitz said. “As a person living in the city, you have to focus on and be attentive to what the dog needs. They need walks; they need socialization. And the smells are phenomenal.”

Of course the experience of raising Quid was heightened by the pandemic, as it was for so many people in similar positions.

“I saw her as a keeper of time, which was important because the days were blurring into each other,” Horowitz said. “Nothing in our life felt hopeful, but there’s something so hopeful about adding a puppy to the family.”

Now that the family’s two older dogs have died, the family has shifted again: three humans, a dog and a cat who has learned from the dog that it is fun, when your family comes home, to greet them by running down the hallway. (“Then he finds himself wondering what he’s doing there,” Horowitz said.)

“The cat is still probably more interested in her than she is in him,” she said of Quid. “Their species divide is so obvious. They’re not really communicating often, so it is a matter of mutual tolerance.”

“I feel now that I was way too focused on dog behavior,” she said. “Nothing slips by me, and it was too much for a puppy to bear. And over time, as I began to release my vise grip on the idea that she should be someone other than who she was, I began to appreciate her for who she really is.”

That is: responsive to her family, alert what they’re doing and planning to do, physically present, endlessly happy to be petted, squeezed and cuddled.

“I love how she changes,” Horowitz said. “I like seeing her over time. I like seeing how she’s learned about tennis balls, and how she’s found a passion for retrieving them. The thing you fall in love with isn’t what you predesigned, but how they are. It’s her individual-ness that I love.”

Tue Sep 20 , 2022
San Diego’s first fully-licensed bar, restaurant, and animal sanctuary all in one has landed on Adams Avenue where Whiskers & Wine lets guests pet and play with adoptable kittens and cats in a cage-free interactive environment while enjoying a range of cocktails, local beer, and wine along with a menu […] 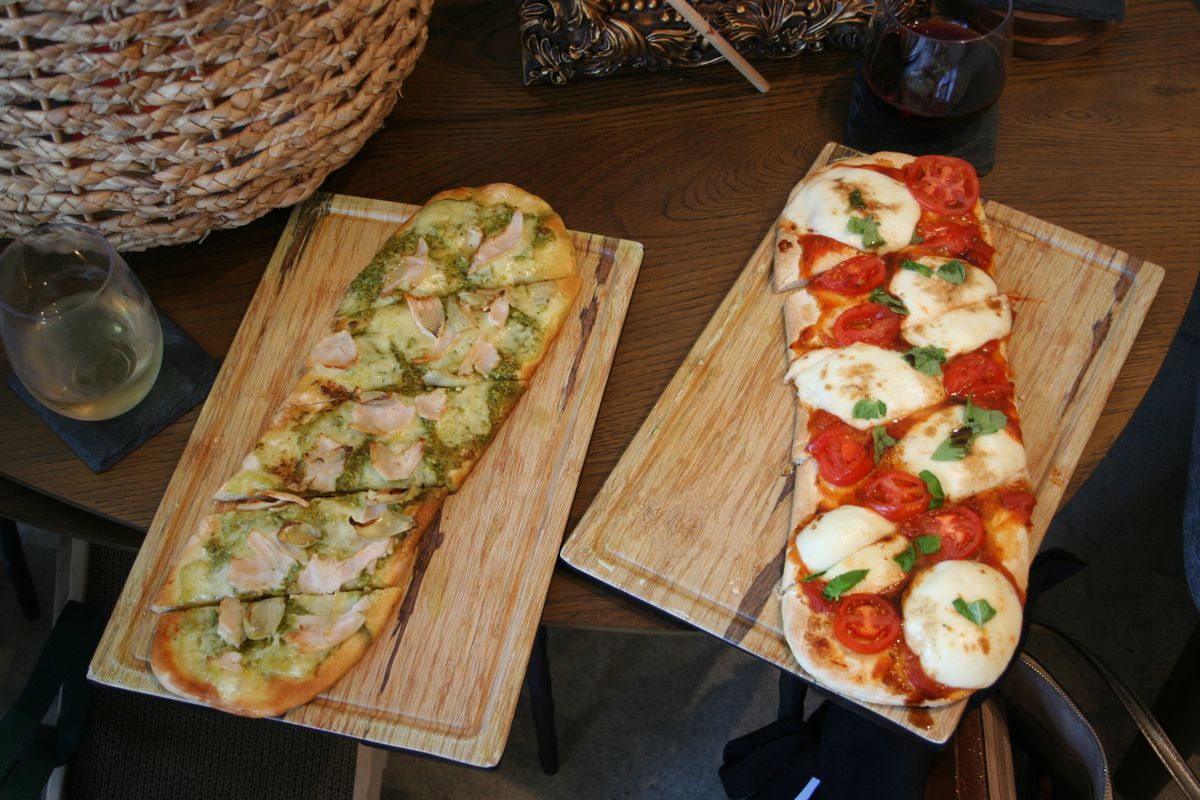