The EU feed trade group has just released its second Sustainability Charter Progress Report​​, a review of how the European feed sector can contribute to the development of more sustainable livestock and aquaculture value chains. It looks at what has been achieved in that respect over the past 12 months.

FEFAC president, Asbjørn Børsting, said the industry representative body was “proactively and transparently” ​highlighting its commitment to the EU sustainability agenda for the feed and food sector “despite the very challenging economic situation faced in multiple sectors as well as by many European citizens due to soaring energy prices and food price-driven inflation, triggered by the Russian aggression of Ukraine.” ​

Such challenges have further motivated FEFAC in terms of focusing “on efficient and practically feasible solutions​” to improve the environmental performance of European livestock production as a way to preserve and strengthen sector resilience in the long term, he added.

FEFAC said a key highlight of the past year, in terms of showing how animal nutrition can boost the sustainability of EU livestock production, was the trade body’s publication​​ on circular feed, which was released in June. It asks regulators to proceed with a systematic review of legislative bottlenecks in the EU regulatory framework in order to facilitate a higher level of circularity in EU food systems through animal nutrition-based approaches.

The trade group also issued a note of caution, saying there is a need for more proactive policy coordination at EU and member state level to ensure that national renewable energy subsidies, ETS credits and exceptionally high market prices for natural gas do not provide a huge incentive for ‘traditional feed ingredients’ to be diverted to biogas production

“As highlighted in the search for more circular feed, warned FEFAC, the drive for increased EU feed economy holds potential conflict with the drive for increased EU energy autonomy with a prominent role for biogas production. While the anaerobic digestion of manure is certainly a boon for the resilience of the EU livestock sector, the anaerobic digestion of energy-rich feed ingredients is a clear threat.” ​

FEFAC also outlined how with the PEFCR Feed for Food-Producing Animals and the GFLI Database, feed companies have two complementary tools to help them model, calculate and report the environmental impacts of their compound feed production, up to farm gate level.

The publication reports how FEFAC has been delivering on its commitment to facilitate the uptake of these tools by feed companies. It held a webinar in tandem with the American Feed Industry Association (AFIA) in October 2021, while both it and the GFLI released communication material in the past year with the aim of assisting feed operators and relevant stakeholders in terms of their understanding of such tools in fostering environmental emission reductions.

In addition, the report notes huge interest in its updated Soy Sourcing Guidelines 2021 by many stakeholders and downstream market partners. It believes the revised tool has successfully created increased market transparency on responsible and conversion-free soy production.

“Based on the benchmarking results, it is clear now that there is a mainstream market offer for responsibly produced and conversion-free soy with a cut-off date before December 2020, sufficient to cover the needs of the European feed industry. FEFAC will perform a mid-term review in the second half of 2022, with a view to convert the desired criterion on conversion-free soy into an essential one as well as improve the verification requirements.”​

The trade group also recounted how it has been actively engaging with other stakeholders in relation to the EU Commission’s legislative proposal for deforestation-free supply chains, released in November 2021.

“FEFAC in principle supports a legal framework for deforestation-free supply chains to provide a level playing field for value chain partners and EU livestock farmers. FEFAC has however argued that this legal framework needs to be implementable, with workable traceability requirements that are linked up with an existing chain of custody model. The recognition of currently available private sector certification and verification systems would help to accelerate the mainstream market transition, without disrupting existing supply chains which are under huge strain since the Russian invasion of Ukraine. Data collected by FEFAC indicate that the use of responsible soy by the European feed industry has steadily increased in recent years and the exposure to deforestation risk areas has declined.”​

FEFAC stressed how antimicrobial resistance (AMR) is a topic that continues to be of key importance, with the Commission committed to the full implementation of the European One Health Action plan against AMR. The EU Farm to Fork Strategy includes an aspirational target of reducing overall EU sales of antimicrobials for farmed animals and in aquaculture by 50% by 2030.

“FEFAC remains committed to highlight the role of animal nutrition as part of the solution to enhance in particular farm animal gut health, which is fully recognised by EFSA as part of disease prevention measures which help to reduce the need for antibiotics.”​

In 2021, farmers already witnessed very high feed prices. The situation has been further intensified with the Russian invasion of Ukraine, but also due to restrictions on the movement of cereals by third countries and even by some member states, said the industry group.

“This disruption of supplies is creating a market imbalance, both in terms of price and volume. The feed price has increased by 20% and 40% on average in the EU. Countries that are highly dependent on raw material imports are even more affected. Given that feed represents on average around 60-70% of the production costs, the situation is especially complicated for monogastric sectors. Lastly, feed availability might be further constrained in Mediterranean countries due to drought problems in 2022.”​

While COVID-19 was the clear driver for food security discussion at a global level until February 2022, the Russian invasion of Ukraine at the start of 2022 exacerbated existing global supply chain problems.

As far as the EU feed sector was concerned, the most notable impact was on the supply of corn, sunflower meal and oil. The missing corn supply could be partially compensated by increased imports, mainly from North America, but also from Brazil and other origins.

Additional market pressure and supply chain constraints were recorded for certain macro and micro-ingredients such as phosphates, vitamins, and amino acids, for which the EU is extremely dependent on the global market, as well as for organic feed materials, said the organization.

Livestock farmers in several markets are under severe pressure, and in some countries, environmental related pressures are added to the mix, stressed FEFAC.

“While the livestock and feed sectors will need to trigger all emergency measures to withstand the many challenges, innovation may be the only real way to overcome them. The push for more EU food and feed autonomy will need to allow for the legislative stars to align to bring the best innovative solutions to the table.”​

The report also identified the development of new genomic techniques and their potential to provide traits favourable to feed use. “A future legislative framework on new genomic techniques that allows for innovations at reasonable investment costs may well see EU crops delivered with higher yielding varieties and improved nutritional and technical profiles. In line with a more ambitious EU protein plan, it should become more attractive for EU farmers to cultivate oilseeds and protein crops.”​

Thu Sep 8 , 2022
TUCSON, Ariz (KGUN) — Pima Animal Care Center (PACC) is starting a new program to help its cats and dogs find their forever homes. PACC has been struggling to clear its kennels for months. The dire situation reached its peak earlier this summer, and forced them to declare code red status. For […] 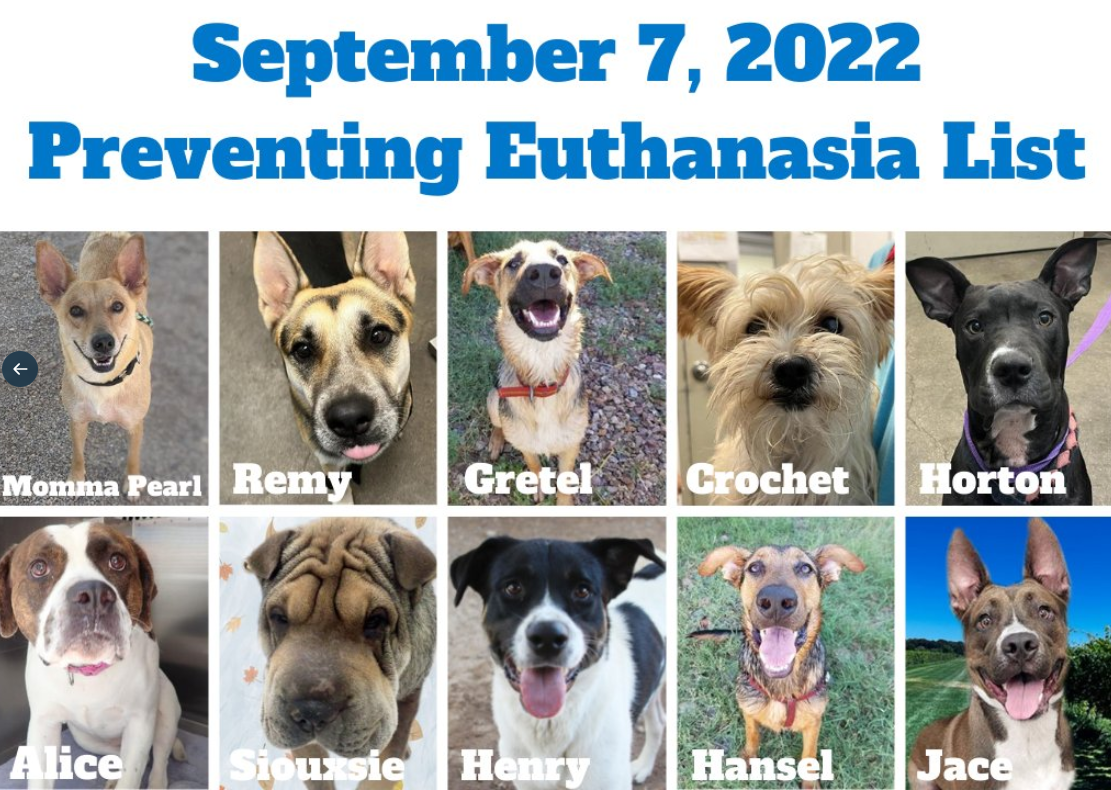