A New Zealand company has come up with perhaps its most creative way yet to incentivise on the culling of Aussie possums after were introduced into the predator-free country almost 200 years ago.

The common brushtail possum has wreaked havoc on New Zealand’s native flora and fauna since it was introduced in 1837 in an ill-fated attempt to create a fur trade.

The nocturnal marsupial’s population is kept in check in Australia thanks to our harsher climate, abundance of predators and less food sources.

However, the possum has thrived in New Zealand, with the nation stopping at nothing to try and rid the pest from both the North and the South Island.

The embracing of possum meat for pets has also increased New Zealand’s bold plan to be free of the pest by 2050. 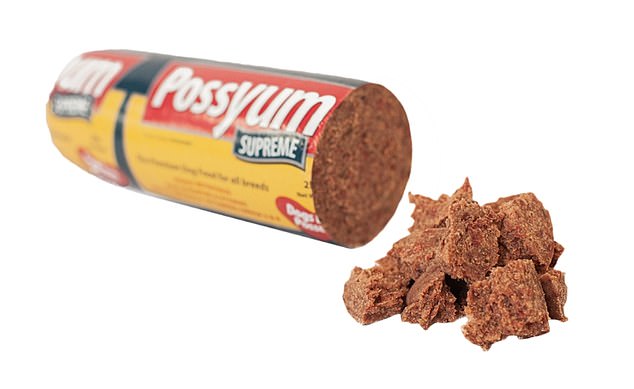 The pest control industry has seen a massive economic uptick thanks to the interest in the possum meat trade, especially the main supplier to Superior Pet Food Co., Pest Pro NZ.

‘If the meat wasn’t there, the guys wouldn’t be doing it anymore,’ he said.

‘The only reason they’ve been able to carry on is because of the growing demand for meat.’

Compared to other popular dog meats, possum provides massive health benefits, containing a high percentage of fatty acids as well as Omega 3 and 6 that help with a dog’s joints, skin and coat.

Numerous other lines of possum meat-based dog food have hit the shelves in New Zealand, with Pest Pro NZ going from selling to only Superior Pet Food Co., to now supplying more than 29 other producers. 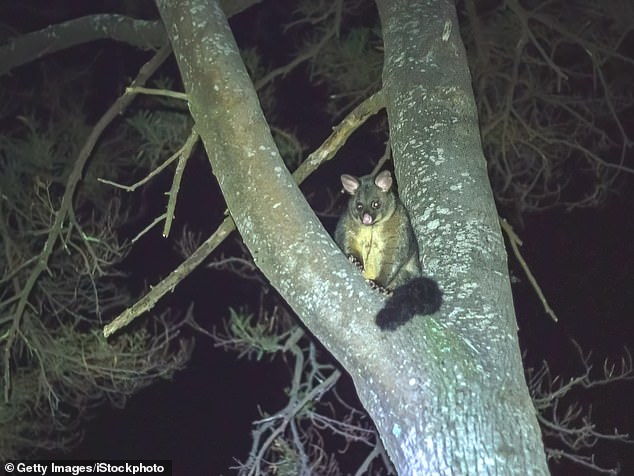 Possums were introduced twice to a single location of the South Island with the hopes of creating a fur trade, however the pests have found no issues spreading across both islands.

Predators such as feral cats and snakes that keep possum populations in check in Australia are little to non-existent in New Zealand, leading to a boom in population.

Now a predator-free omnivore, many native plants and animals have come under attack from packs of the pest that roam together in search of food and shelter.

Possums have been filmed eating the eggs and chicks of the Kokako, a beloved native bird that features on their $50 bill, and one of only five know New Zealand wattlebirds to have existed.

According to the New Zealand Department of Conservation, the Kokako is one of many native species which has seen its population steeply decline due to possums and ship rats.

The Southern Kokako is thought to be extinct due to the same reason. 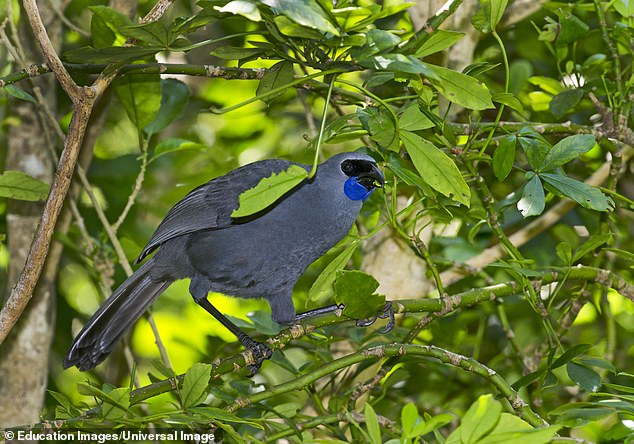 The Kokako (pictued) is a beloved native bird to New Zealand and features on their $50 bill, however their populations have been steadily declining due to invasive pests

An Aussie Redditor was shocked to find the rolls of ‘Possyum’ stacked on local grocery store shelves in New Zealand, posting a photo with the caption ‘Brushtail possums are literally processed into dog food in New Zealand’.

The post gained more than 3,300 upvotes, making it the most popular post on the subreddit in the past 24 hours, many commenting to give their opinion.

‘Some idiot decided to bring them to New Zealand for fur harvesting, and they got out and are wreaking havoc on the environment over there,’ one user commented.

‘I don’t have a problem with it at all – I’m just shocked how many possums must be running around there to make this viable,’ another wrote.

Another praised the branding, writing ‘Are we just gonna ignore how on point the brand name “Possyum” is?’

A dog with Cushing's disease needed a home. Would someone adopt her?