This year a French study found that cats know when their owners are talking to them, adding to a growing body of evidence that cats might be more bonded to us than we think. So if cats rival dogs as man’s best friends, could we train them in the same way? I asked behaviourist Daniel Cummings from welfare charity Cats Protection.

Recently it was demonstrated that cats can, to some extent, read human emotions, leading some to suggest they could be therapy animals for their owners. Could a cat be trained to be a support animal?
Oh yes! I would say such training is universal across all species. It’s mostly positive reinforcement – so rewarding the animal when they do the right thing, until eventually they learn “if I do this, something good happens”. You could do that with a dog, cat, alligator, elephant – you could even maybe try it with some invertebrates.

As much as commanding an army of wasps appeals, I’ll start with my cat. Research into cat behaviour lags behind that into dogs: a recent documentary put it at 15 years behind.
I’m surprised it’s as little as that. Very little has been put into our relationship with cats. It could be because dogs were selectively bred for purposes – guarding, herding – so have a long history of being trained by humans. Comparatively, the current theory is that 10,000 years ago cats just turned up to start eating the mice near the grain stores, and people said, “You’re not so bad.” So cats evolved alongside humans. Cats also get anthropomorphised more – the cat is naughty, spiteful, aloof. That human bias is a barrier to training because we’re expecting it not to work.

Humans aren’t coming off well in this.
I rarely meet a dog or a cat and go: “We’re not going to be able to work with this animal.” It is usually the owner.

What’s the first step with cat training?
The easiest is trick training – teach the cat to sit, or follow a target. That’s very enriching for cats, and you only need a few minutes a day. Longer term, as a cat-owning society, I’d like to see husbandry training – to make caring for them easier. The obvious ones are to train them to be more comfortable with being in a carrier, and with receiving things like flea treatments.

That does sound good, actually, better than the “hostage in a bag” situation I sometimes have during a vet trip.
I suppose one of the barriers is motivation, and finding something the cat values to reinforce positive behaviours. Cats predominantly respond to food – you just need to find which food motivates.

But … but … can you herd them?
You could teach a cat name recognition, and to recognise when it is being called.

Can you teach an, er, old cat new tricks?
Yes! As long as they are physically able.

If you got into it, what amazing thing could you teach a cat?
To circle back to therapy cats, I don’t think that would work if it’s a therapy animal going into an environment. Cats are territorial and more easily stressed than dogs. But what’s really popular on Instagram is to get cats to press buttons to make it look as if they’re speaking.

Well, I suppose laughter has its own therapeutic value.
And if you can train a cat to do silly things, think about what useful things they could do too.

Fri Dec 16 , 2022
BALDWIN TWP, MI — Last year, federal authorities seized an injured brown bear from a roadside zoo in northern Michigan. Months later, the zoo’s owner surrendered another bear and several foxes and closed his facility. Now, the federal government is seeking to prohibit the man from ever operating a zoo […] 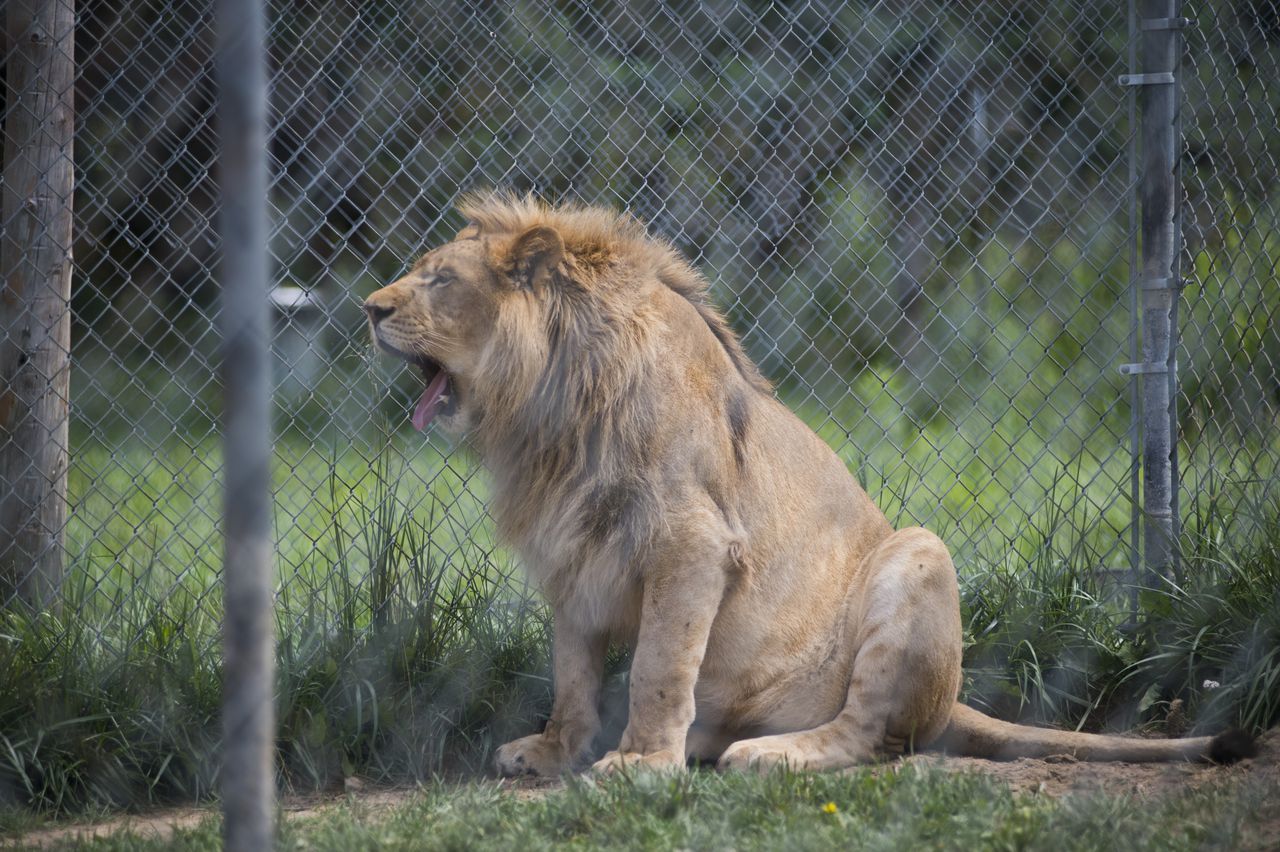