I want my free, daily news update from Petfood Industry.

“Propylene glycol is a permitted additive for both animal and human food,” representatives of Brazil’s Ministério da Agricultura, Pecuária e Abastecimento (Ministry of Agriculture, Livestock and Supply) (MAPA), wrote in a press release. “In this case, the cause under investigation is a contamination of the propylene glycol by monoethylene glycol. The cause is being investigated… Manufacturers of animal feed products registered on the MAPA must also identify the products manufactured using these raw materials and, if found, must collect them from the wholesale and retail trade.”

Propylene glycol: When, where and how should it be used

Propylene glycol is a polyol (i.e., polyalcohol) that also identified as 1,2-propanediol (IUPAC) by some references. It is a clear, colorless, near odorless viscous liquid which is lightly sweet to the taste, soluble in water, acetone and chloroform, and most importantly hygroscopic. In other words, it binds water from the atmosphere. Propylene glycol was first produced in 1859 by Wurtz and was first commercialized in 1931. In the 1930’s, DuPont produced propylene glycol as a co-product from the hydrogenation of coconut oil where it was first used as a substitute for glycerol in pharmaceutical applications.

Today it has a wide range of uses, some industrial and some consumable, ranging from solvent to stabilizer, preservative, energy source, humectant, dust control, wetting agent and freeze point modifier. In consumer products, PG is widely used in cosmetics and personal toiletry items like shaving cream and shampoos, it helps carry various flavors and is a common solvent used to deliver pharmaceuticals.

While it has natural origins, today the production of PG starts with propylene oxide, a petroleum derivative. The propylene oxide is non-catalytically oxidized and then refined via distillation into a virtually pure (99%) product. The ingredient is sold as “technical grade” or as USP grade, the latter of which is most commonly used in petfood production. Propylene glycol (C3H8O2) is a relatively simple molecule with some tremendous flexibility resulting from the placement of the hydroxyl (-OH) groups on its 3 carbon backbone. It can be described as a di-functional alcohol with a primary and secondary hydroxyl group.

To further the confusion, PG can be used as an antifreeze and coolant, even a deicer for airplanes. However, propylene glycol is one of the few glycols that are considered safe for consumption by humans and certain animals. It is safe at levels well above what you would ever want to use in a product.

Humectants are a key component in many foods. They help control the water activity (target is less than 0.65) and thereby spoilage in intermediate moisture or semi-moist foods. These compounds are often included at levels of 10%-18% in semi-moist pet foods (Rokey, 2003) where they are often added along with water and flour into the pre-conditioner to assure uniform distribution and a good mix of all the constituents.

Tim Wall covers the dog, cat and other pet food industries as senior reporter for WATT Global Media. His work has appeared in Live Science, Discovery News, Scientific American, Honduras Weekly, Global Journalist and other outlets. He holds a journalism master’s degree
from the University of Missouri – Columbia and a bachelor’s degree in biology.

Wall served in the Peace Corps in Honduras from 2005 to 2007, where he coordinated with the town government of Moroceli to organize a municipal trash collection system, taught environmental science, translated for medical brigades and facilitated sustainable agriculture, along with other projects. 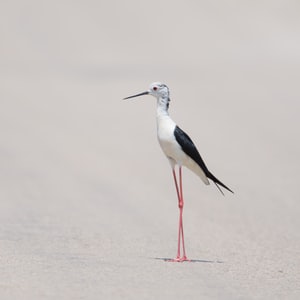