Pet stores in New York State will soon be prohibited from selling dogs, cats and rabbits under a legislative ban meant to stem the sale of animals from breeding facilities that animal rights groups say subject pets to inhumane conditions.

The legislation signed by Gov. Kathy Hochul on Thursday means that New York will join a handful of other states, including California and Illinois, that have enacted similar bans designed to crack down on commercial breeders, sometimes called puppy or kitten mills.

By forbidding the sale of animals at New York’s shrinking collection of about 80 or so pet stores, officials are hoping to stop the pipeline of animals from commercial breeders that opponents argue raise animals that are often abused or ill, and then sold to consumers, saddling them with unforeseen veterinary bills.

“Ending the puppy mill pipeline to New York State signifies the triumph of compassion over the evils inherent in a cruel industry that pursues profits by subjecting innocent animals to barbarous treatment,” said Assemblywoman Linda Rosenthal, a Democrat who sponsored the legislation in the lower chamber.

The legislation sparked a passionate clash in Albany between supporters of animal rights and the pet store industry, which vociferously opposed the bill, arguing that it would effectively put them out of business. The industry contended the ban would also lead to a chain of unintended consequences that would make it harder for New Yorkers to obtain a pet and potentially lead to an underground pet market.

A coalition of pet store owners — People United to Protect Pet Integrity, or PUPPI — said that the blanket ban would unfairly hurt responsible pet stores selling puppies raised with care, and would do little to shut down commercial breeding facilities, most of which are out-of-state. The industry argued that most commercial breeders raised pets humanely, but that animal rights groups were singling out bad actors, some of which have been the target of lawsuits and investigations, to demonize the entire breeding sector.

“By ending licensed and regulated local pet stores, you will remove the people who vet breeders, insure the health of newly homed pets with established veterinarians, and guarantee the success of a new pet family,” Jessica Selmer, the president of PUPPI, said in a statement on Thursday after failing to sway Ms. Hochul to veto the bill.

Democrats who control the State Legislature in Albany passed the bill in June with rare bipartisan support, but it had remained unclear whether Ms. Hochul, a fellow Democrat, would sign the bill.

Following days of closed-doors negotiations this month, the governor ultimately agreed to support the bill, albeit with some changes meant to soften the economic blow to pet stores, famous for their attractive window displays of puppies sold for thousands of dollars.

The implementation of the ban, for example, was delayed until December 2024. The revised legislation would also allow pet stores to charge rent to animal shelters that use pet stores as a space to host adoption events for rescued animals.

People would still be permitted to buy the animals directly from breeders, an attempt to allow prospective pet owners to visit and buy from responsible breeders. But part of the legislation’s intent is to encourage people to adopt pets from shelters and rescue organizations, which say they are overflowing with dogs, many of which were abandoned by people who sought pets during the pandemic.

“These animals are living, loving beings who should be treated with respect, and not like a can of soup to be plucked off a shelf,” said State Senator Michael Gianaris, a Democrat from Queens who sponsored the legislation. “This law will save countless animals from abuse at the hands of horrid puppy mills and I’m thrilled it is now enacted.”

Mon Dec 26 , 2022
A German Shepherd is being hailed as a hero by many social media users after a video of him saving his brother from another dog’s attack in the neighbourhood surfaced online. The video, which is slowly gaining popularity on social media platforms, opens to show a little boy playing with […] 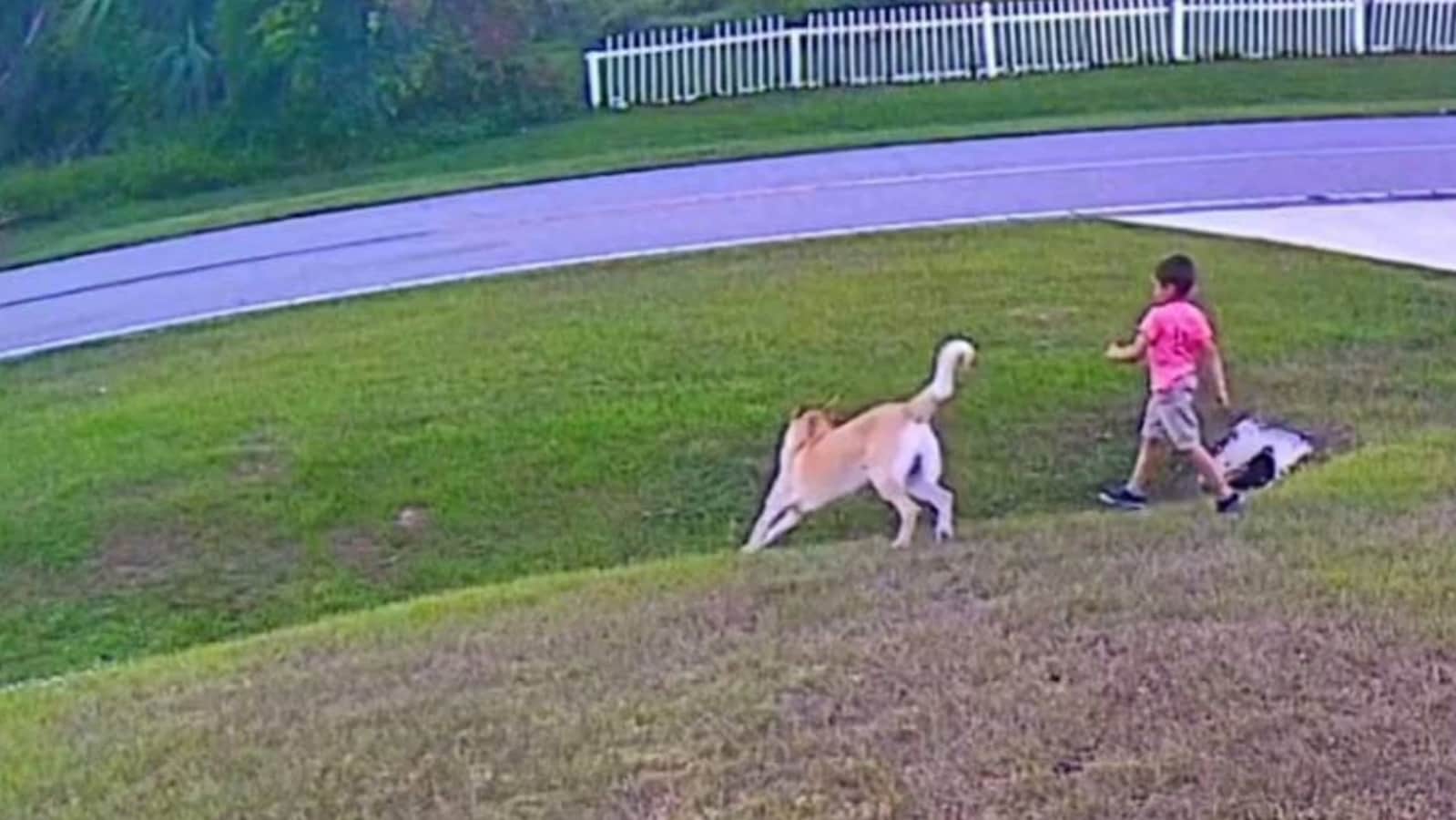