A young dog miraculously survived uninjured after being thrown off a 15ft bridge from a moving car while in a plastic bin.

Police from Orange county, Florida, say they received a call from an eyewitness who was walking their dog and saw someone toss the plastic container over the bridge.

The resident said that they realized a dog had been abandoned and alerted the local police.

“The concerned resident had stated they thought there was a dog inside, as they could see it curled up inside from the top of the bridge,” said Orange county animal services in a statement about the incident posted on social media.

Authorities at the scene last week spent 30 minutes climbing down the steep embankment, scrambling through brush, to reach the dog, who landed near the bridge, ABC News reported.

“Our officer along with the deputy had to risk injury to climb down the steep embankment, but they were able to pull sweet Daisy out safely. We’re grateful for their courage and their quick response.

They posted pictures of the dog looking up from where she had landed and then being petted by the animal services officer who went down tend to her.

The four-year old dog, who was named Daisy by local authorities, was rescued and taken for care by the county employees.

The dog has since been adopted, the animal services officials said.

The authorities added that they were unsure why the dog was dumped, given the proximity of nearby shelters.

“The location where Daisy was dumped is a short drive from the shelter. There are literally hundreds of private rescues that would be willing to take in a sweet and gentle dog for foster or adoption. And yet someone chose instead to commit this act of cruelty,” said statement read.

It went on to say: “We will never understand why people do these cruel things to animals, but we feel fortunate that so many residents see something and say something.”

Furry pet cat knows he’s a cat, watch video to find out how his human knew this | Trending

Tue Sep 27 , 2022
There are several cat videos on the Internet that will make you laugh out loud and go ‘aww,’ both at the same time. And this particular video that has recently been shared on Instagram and has been going viral ever since, shows a furry and sweet little cat who can […] 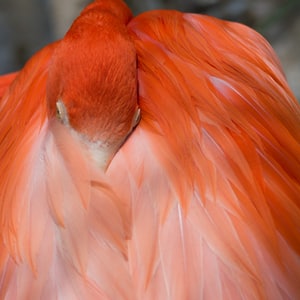