There’s a mural of a beach in the operating room of the Iowa Humane Alliance. The painted vista overlooks whimpering, shuffling masses burrito-ed in blankets with socks slid over their paws. Hypothermia is common in pets after surgery. So each shift as Dr. Jennifer Doll finishes with a dog, cat or — on Tuesdays a rabbit — her veterinary technician lays them beneath the painted beach.

Doll is the Iowa Humane Alliance’s veterinarian. The facility in Cedar Rapids specializes in high-volume spay and neutering. She runs a tight shift that fills up the “beach” quickly. She does around 60 surgeries a day.

What’s her fastest time on a surgery?

“I would say two minutes probably,” Doll said. “For kittens, four to five minutes. But big dog neuters take a little longer. For a small dog, they don’t take me any time at all.”

The clinic offers a one-two punch of low-cost spay-neuter and vaccination. These are important first steps that pet owners literally line up around the block to receive.

It’s a calling for Doll, but it weighs on her. Doll is on her feet until the last dog is done. She believes in the work. And the sheer volume of patients suggests the need. But Doll is 58 years old. Sixty surgeries a day have taken a toll on her, physically and mentally.

But it’s not easy bringing a new vet in. Stacey Dykema is the executive director of the Iowa Humane Alliance. She said she knows that Doll wants to cut back on the number of hours she’s working. The alliance is currently looking to hire two veterinarians to fill in. They’re offering a competitive wage, sign-on bonus and even offering to pay back some student loan debt. Still, Dykema said she’s not getting any takers.

“It’s minimal,” she said. “We’ve reached out to people that we personally know to see, what their long-term goals are. But none of them are willing to commit.”

There’s some evidence that the pandemic played a role in this backlog. A study of 212 veterinary clinics found that 191,000 fewer surgeries were performed between 2020 and 2021. It’s not that these procedures were suddenly not necessary; the paper finds that pet owners were choosing to put off bringing their pets in.

And, Iowa vets are sitting on a backlog of medical visits, according to Preston Moore, the Iowa State Director of The Human Society of the U.S.

“Right now, folks are struggling to get appointments, to do even preventative care, to do the basic spay-neuter and vaccine care that shelters and rescues do prior to adoption,” he said.

Moore said this trend is particularly difficult in states like Iowa that struggle to recruit new veterinarians while simultaneously losing vets to other states — a trend seen across industries.

As KCUR reported, rural veterinary clinics, especially those practicing on large animals like cattle, have been declining since World War II, according to the U.S. Department of Agriculture. As of 2020, less than 2% of private practices nationwide were exclusively large-animal clinics and less than 6% were mixed-animal clinics, according to the American Veterinary Medical Association.

Moore said more needs to be done to grow the number of Iowa vets. He said state programs that aim to reduce the debt load on Iowa vets fresh out of school are a start. After all, the average vet school graduate carries approximately $183,000 in student loan debt.

He also said more could also be done to grow telemedical options for vet care. This could potentially increase the number of pets seen by a vet in a day, as well as increasing options for particularly hard-hit rural communities.

In the meantime, last month, Dr. Doll took her first vacation in four years. While she was away on a trip with her mother, the clinic was shut down. She feels guilty for being gone.

“It had been in the works with my mom for four years. And I couldn’t let her down. And I had a wonderful time,” she said. “But the three weeks before and these weeks after, it’s like we’re making up for it.”

Unrolling her surgical tools for the next surgery of the day, Dr. Doll is backed by the mural of the beach. She said she hopes it won’t be four years before her next vacation.

Sun Dec 18 , 2022
A new nonprofit is launching in San Antonio that aims to aid dog rescue organizations and shelters that are feeling the pressure of pandemic dogs and cats that are now being surrendered. Puppy Food Bank, which is officially launching its website in January, is a food bank that will help shelters […] 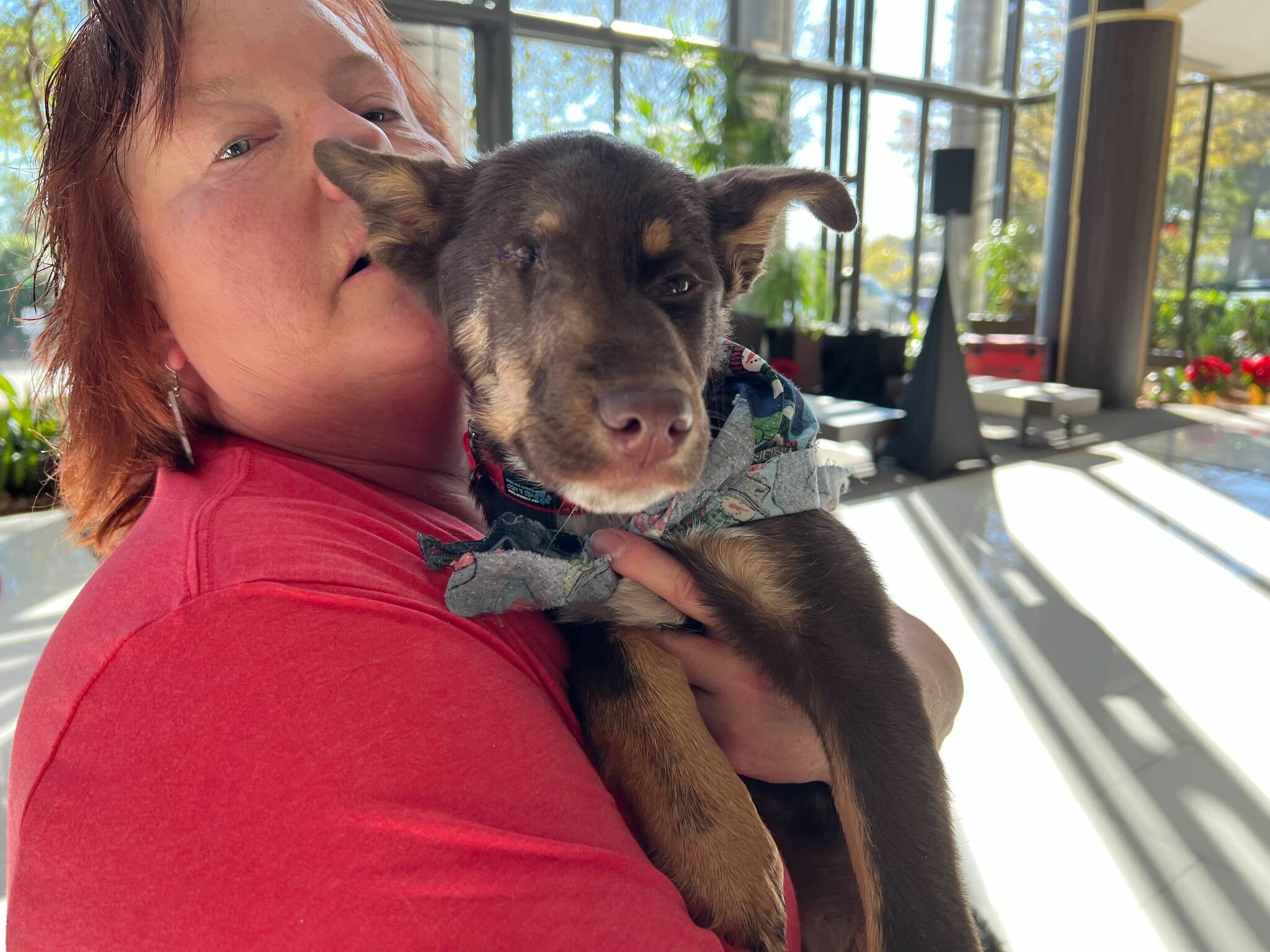