A family dog is being hailed as a hero after it protected two young girls who wandered off and got lost in the Louisiana woods for hours.

Abigail Bourg, 7, and her four-year-old sister Cecilia were reported missing in Folsom, Louisiana on Monday while accompanied by their family Golden Retriever, Artemis, CBS News reported.

“I just start like running around the whole six acre property and that’s when I called [my husband] and said, ‘They’re gone,'” Mary Bourg said about the moment she realized her girls were gone.

Police and neighbors searched for the girls for four hours and finally located them when they heard Artemis barking.

A Louisiana dog named Artemis is drawing praise for protecting his 4 and 7-year-old owners while they were lost in the woods for four hours earlier this week.
(St. Tammany Parish Sheriff’s Office via Storyful)

Mary Bourg told the outlet that Artemis at first protected the girls from the search team and “wasn’t letting them by the girls.”

“He was circling them, growling at the people to protect them,” Bourg said.

The girls had wandered off more than a mile and the family dog reportedly laid on top of them to protect them when they got tired.

The family of a Louisiana dog is crediting him with protecting two small children who were lost
( St. Tammany Parish Sheriff’s Office via Storyful)

After the family was reunited, the girls told their family they had gotten lost trying to keep up with Artemis.

“He kept running ahead of us. We were trying to follow him, but we couldn’t keep up,” Abigail Bourg said.

Abigail’s father Justin says the family has forgiven Artemis for running off.

“He’s got a free pass for a while,” Bourg said. “I won’t be fussing at him for chewing up blankets and shoes.”

Andrew Mark Miller is a writer at Fox News. Find him on Twitter @andymarkmiller and email tips to [email protected]

Sun Dec 18 , 2022
A tiny tuxedo kitten in Texas is ready to go home for the holidays. Four-month-old Ophelia is currently available for adoption at Best Friends Animal Society in Houston. Ophelia was originally rescued by Sugar Land Animal Shelter in Sugar Land, Texas. NEW YORK BANS THE SALE OF DOGS, CATS AND […] 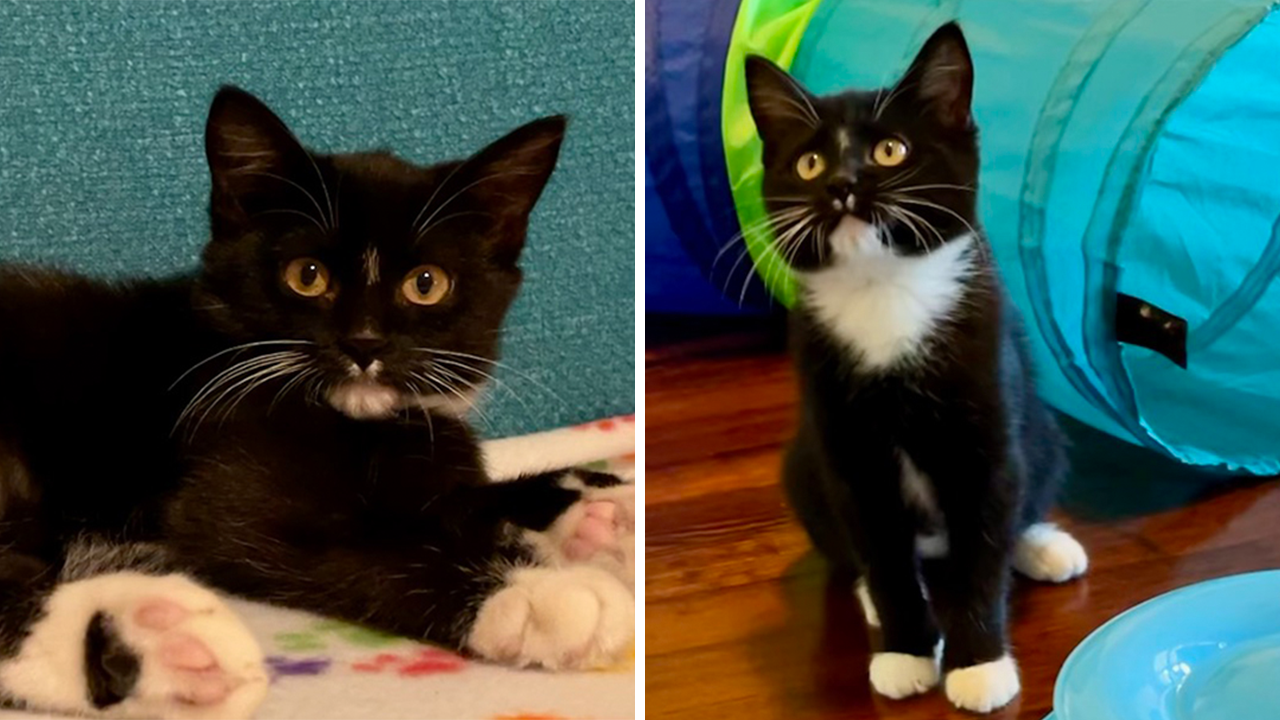