An editorial published in The American Journal of Cardiology describes how wrong food choices can impact health at individual and population levels. Also discussed in the editorial are the ethical implications of eating animal-based foods and measures to promote healthier diets. 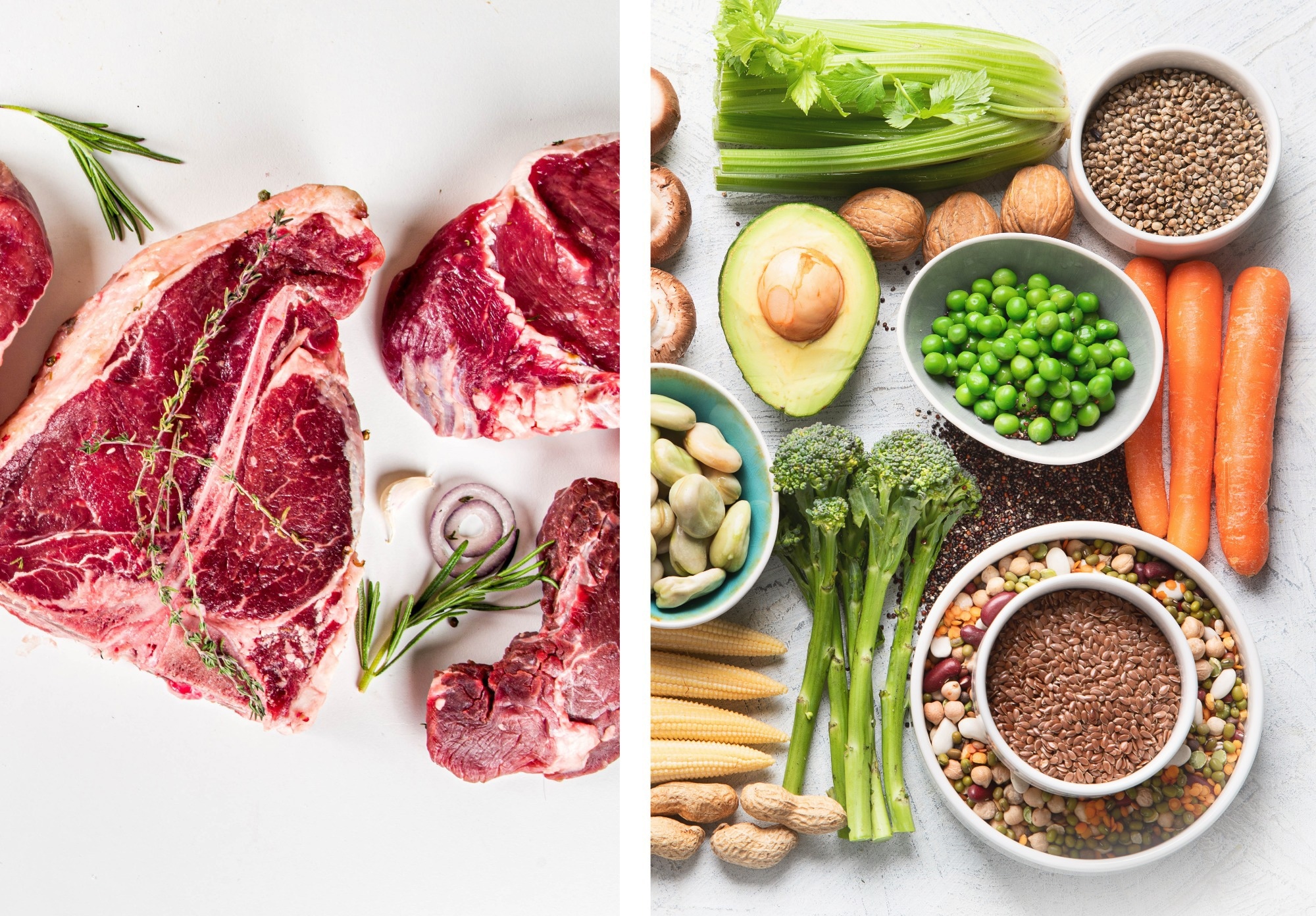 Editorial: Are We What We Eat? The Moral Imperative of the Medical Profession to Promote Plant-Based Nutrition. Image Credit: Rimma Bondarenko and Tatjana Baibakova / Shutterstock

A paleolithic diet is a modernized form of prehistoric diet that humans used to eat in the Paleolithic or “Old Stone Age” era. Heavy meat consumption in this diet is often justified with the premise that Paleolithic humans mainly survived on wild animal-based foods. However, this theory is not entirely authentic, as anthropological studies have found that Paleolithic humans frequently ate plant-based foods containing starchy vegetables and even cooked whole grains.

Human life expectancy in the modern era has increased significantly compared to prehistoric times. Modern life goals demand a longer lifespan with robust functional strength. A lower life expectancy of humans in the prehistoric era could be associated with many factors. They used to die early in life primarily because of predation and infectious diseases. Another potential reason was higher rates of infant death.

A few or no “lifestyle disorders” documented in prehistoric humans could be attributed to the evolutionary pressure that led them to develop robust adrenergic and immune responses to escape predators. These responses helped them develop the physiological ability to fight wounds and infections better. Moreover, the low lifespan did not give them enough time to develop age-related and lifestyle disorders, including atherosclerosis, cardiometabolic diseases, obesity, and cancer.

On the other hand, modern humans live with many lifestyle disorders caused by chronic inflammation. These disorders are associated with high morbidity and mortality rates worldwide, especially in developed countries.

The modern adaptation of the Paleolithic diet, which includes low-carbohydrate, high-fat, high-protein foods, is one of the leading causes of these lifestyle disorders. A high amount of animal protein is particularly associated with these disorders.

How much protein is needed to be healthy?

Scientific recommendations suggest that the intake of 0.8 gm of protein per Kg body weight per day is adequate for an adult individual. This protein can easily be obtained from plant-based foods, including soy, legumes, nuts, and seeds.

Besides vitamin B12, a well-balanced plant-based diet can provide all essential nutrients, including iron, calcium, and omega-3 fatty acids. In addition, vitamin B12 supplements are safe and inexpensive alternatives to avoid its deficiency.

Cooking or smoking red meat at a high temperature can increase its harmful effects by producing heterocyclic amines, which are highly carcinogenic and increase the risk of colorectal, pancreatic, bladder, and kidney cancers. The World Health Organization International Agency for Research on Cancer has categorized processed meat as carcinogenic and red meat as probably carcinogenic to humans.

The DASH diet (Dietary Approaches to Stop Hypertension) and the Mediterranean diet are the best examples of plant-based diets containing minimally processed foods.

How do food choices impact the environment?

Consumption of animal-based foods can significantly increase the generation of greenhouse gases (carbon dioxide and methane) through land use and deforestation, water consumption, and methane emission.

One-third of the global greenhouse gas emission caused by human activities (carbon footprint) is associated with food systems. Animal-based foods are responsible for double the emissions of plant-based foods.

Malpractices in the current meat industry can increase the risk of antibiotic resistance and the spread of infectious diseases, which could be potentially harmful to humans and animals. In addition, overcrowding farm animals and factory workers in suboptimal-sanitized conditions can increase the risk of zoonotic diseases. The ongoing coronavirus disease 2019 (COVID-19) pandemic is the most recent example of animal-to-human disease transmission.

Unadjusted allocation of nutritional resources in developed countries is a leading cause of poor nutritional choices among people with poor educational and socioeconomic backgrounds. Therefore, expert advice and resource equality are needed for individuals to make the right nutritional choices to promote their health.

Mon Dec 5 , 2022
Dublin, Dec. 05, 2022 (GLOBE NEWSWIRE) — The “Pet Population and Ownership Trends in the U.S., 6th Edition” report has been added to ResearchAndMarkets.com’s offering. In the wake of COVID-19, pet ownership rates in the U.S. have plateaued. The percentage of U.S. households owning pets slipped slightly from 54% in […]