(CNN) — At the Bogota airport, as passengers were placing their carry-ons, laptops and purses in bins inching their way on the conveyer belt for inspection, one item stood out: it was a cat, and its owner was putting it into a cabin-ready case.

For most travelers, this would hardly be noticeable. Yet for me, alarm bells rang. I am severely allergic to cats, vulnerable to allergic asthma, and a cat was going be sharing my cabin during the six-hour Air Canada flight.

Why are cats allowed? Yes, dogs are also permitted in the cabin. Yet twice as many people are allergic to cats as to dogs, according to the American College of Allergy, Asthma, and Immunology.

The culprit here is a protein found in the dried skin flakes of the animal’s skin, saliva and urine. It is microscopically tiny, as small as 2-5 microns.

“These particles are easily transported to the innermost recesses of the lungs,” explains Dr. Christopher Randolph, clinical professor of allergy, immunology and pediatrics at the Yale School of Medicine. Randolph, who treats patients at his clinic in Waterbury, Connecticut, explains that the flakes are transported by dander. “Dander is the free ride that cat allergens attach to,” he explains.

In other words, it’s not fur that causes the sneezing, itchy eyes and asthma.

“People are not allergic to animal hair, but to dander, which is not related to the length or amount of hair”, emphasizes allergy and asthma specialist Dr. Mark C. Jacobson, a former president of the Illinois Society of Allergy and Immunology.

“There are no hypoallergenic breeds of cats or dogs,” he and other specialists keep telling their patients.

“Because dander is so small and sticky, it attaches itself to clothes, furniture, air and airplane seats. The confined space of a plane could definitely pose a hazard for patients with cat allergy,” Jacobson says, adding that wiping down your seat is a good idea.

So what is a cat allergic passenger to do?

Take medications that help prevent symptoms, advises Randolph. This includes a non-drowsy antihistamine, taken an hour before the flight, and two puffs of a rescue inhaler (a blue puffer such as Ventolin that requires a prescription) 15 minutes before boarding.

A mask, used to protect against Covid-19, could help prevent the dander from getting into your airways. A HEPA air filter, which most airlines say they use, could also help — but not if a cat is sitting next to you.

Yet sitting far from a cat is not always possible.

The rules are that pets must remain in their cases, and these should be stored under the seat. The lack of room under the seat is why they are not allowed in the bulkhead and in some premium economy and business class areas.

A place in first class, perhaps would be even safer. The more the seat costs, it seems, the less chance of exposure to cats. But not all cat allergics can spring for the front of the plane.

One thing economy passengers can do is call the airline ahead of time and ask to reserve a seat at least five rows away from the nearest cat. The airline might know where the cats are located, since passengers who want to take their pets with them in the cabin must book the animal in advance.

“We try to be sensitive and move you away from cats,” says Jeff Lane, who works in the accessibility department of United Airlines. “We deal with this day in and day out,” he adds.

No other airline spokespeople contacted agreed to speak on the record. Those who did respond to questions about their airline’s policy pointed to their website.

The pet section of an airline’s website usually lists the number of pet cases allowed on each flight. It could be two, four, even eight. This number varies, not only among airlines, but by the type of aircraft, and even by the destination.

The rules are all over the place.

American Airlines allows seven per flight, but none on transatlantic flights. Also, no carry-on pets are allowed to and from Barbados, Jamaica, Argentina, Bolivia, Brazil, Chile, Uruguay, Venezuela, the United Kingdom and Ireland.

British Airways does not allow any pets in cabins, only in the hold. Air France allows six on international flights. Emirates does not allow animals in the cabin, “with the exception of falcons between Dubai and certain destinations in Pakistan.”

Is anything being done?

Is there any progress in at least making the public and the airline industry aware of the cat allergy problem?

“We have been trying to raise awareness of cat allergy in cabins since 1985,” notes Tonya Winders, president of the Virginia-based Global Allergy Airways Patient Platform, an 82-member network of patient-based groups including the Asthma and Allergy Network.

Winders points to the Federal Aviation Administration’s Air Carrier Access Act, which is supposed to protect people with disabilities, including severe allergies. But the only protection the website offers is advice — choose an airline that does not allow cats in cabins, call ahead, and check with your doctor.

While peanuts have been removed from sale and banned by some airlines in recognition of the risk to allergy sufferers, there have been no similar moves in relation to cats.

“Airlines should take this issue more seriously,” says Randolph, adding that the current cats in cabins situation adds up to “flier beware.”

One reason for the heightened concern over nuts is that peanut allergy reactions tend to be dramatic, possibly resulting in anaphylaxis, which can be life-threatening.

“We rarely see anaphylaxis with cats or dogs’, notes Jacobs. “I’m sure it’s out there, but we don’t hear about it. Yet the allergy and asthma specialist has seen extreme reactions to cats.

“I have several patients who have allergic asthma that is exclusively triggered by cats. These individuals have ended up in the emergency room after exposure to cats.”

But passengers don’t see this. Another thing most people don’t see is the symptoms — wheezing, shortness of breath — that linger long after the exposure to a cat.

According to Winders of the Asthma and Allergy Network, “awareness of cat allergy as a whole is quite high because it is so common, but it’s less understood that it can cause severe symptoms. There is an important conversation to be had about life-threatening allergy and asthma.”

There was, in Canada, about a decade ago.

A 2010 editorial in the Journal of the Canadian Medical Association was an answered prayer for cat allergic fliers: it asserted that “people with allergies should be able to fly without placing their health at risk and must not be prevented from traveling for fear of being confined close to a pet.”

Two years later, the Canadian Transportation Agency, responding to complaints from three cat allergic passengers, stated that that airlines should either stop allowing cats in cabins or create a five-row buffer zone.

“This issue was on the radar in 2012-2014,” notes Jenna Reynolds, CEO of Asthma Canada, which is partners with the American Asthma and Allergy Network. But by 2021, it had faded. “Now the buffer zone is one row,” says Reynolds.

And the problem for cat allergics may well get worse.

The US cat population is expected to grow from 65 million in 2020 to 82 million in 2030 — even more than the dog population, according to the American Veterinary Medicine Association.

Since cat allergy is the most widespread of all pet allergies, this will likely translate into more sneezing and wheezing. Will a critical mass of cat-allergic passengers organize? Will the airlines take note as more and more passengers ask to be moved away from the dander-spreading felines?

Neuralink is reportedly under federal investigation over animal testing

Fri Dec 9 , 2022
The US Department of Agriculture’s (USDA) Inspector General is reportedly investigating Neuralink over potential animal welfare violations related to research testing. According to Reuters, internal documents show that staff members have been raising concerns that the company has been rushing animal testing and causing needless suffering and death.  The news […] 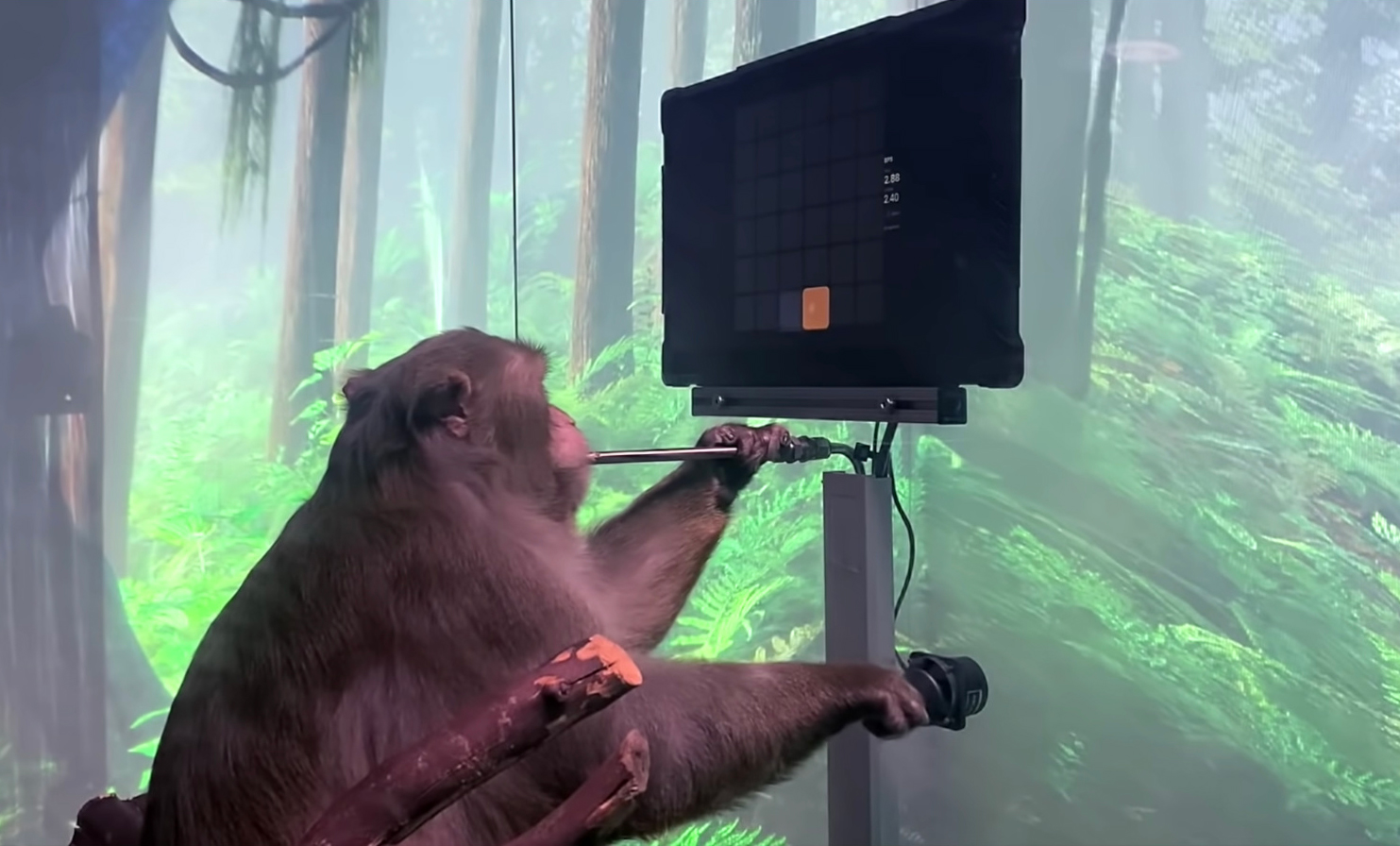