Luna, you’re such a good dog.

And Luna, you’re such a good kitty.

Luna’s the best — or at least the most popular — name for both dogs and cats in Minneapolis, according to recently released city data for 2022.

The data, based on pets licensed in the city and compiled by Minneapolis Animal Care and Control, seems to mirror national trends that have seen Lunas clawing and pawing their way to the top of pet name lists for several years, especially among female felines and canines.

Luna’s ascent to the thrones of both dog and cat appellations is remarkable, since it’s the only moniker that appears in both Top 5 lists.

In order, the most common cat names in Minneapolis are Luna, Milo, Oliver, Oscar and Chloe. The top dog names, in order, are Luna, Bella, Charlie, Lucy and Max.

There doesn’t appear to be an authoritative source for American pet names. But according to numerous lists that track popularity, the rise of Luna began during the previous decade, which was dominated by Bella — at least for dogs.

According to Rover.com, a national website that helps owners find pet sitters and dog walkers, Luna ousted Bella from the top spot for female dog names last year, both in Minneapolis and nationally. Rover issues annual rankings based on its database of more than 1 million pets.

My Dog’s Name, an Eden Prairie-based website that helps people come up with names for their pets and tracks name popularity, reported the Luna/Bella flip in 2020 among its data set of some 5 million site visitors.

Several years ago, DoggieNames.com, another dog-naming site, warned that Bella had become so prolific that some kennels and veterinarians were complaining of confusion among pets in their care.

It’s unclear what drives pet name trends, though speculation ranges from inspiration provided by dog-owning celebrities to the not-well-understood phenomenon that causes popular names to surge among humans, as well.

If you’re looking for a pop culture explanation, one theory holds that the 2008-born “Twilight” movie saga boosted Bella — the name of the main character — while Luna gained steam with the rise of Luna Lovegood, a character in the later installations of Harry Potter books and films.

Jessi Larson, co-founder of My Dog’s Name, said the “Twilight” and Harry Potter connections make sense — though not entirely.

“Bella definitely increased during ‘Twilight,’ but then ‘Twilight’ went out of style, but Bella stayed popular,” Larson said, referring to the year-to-year trends she’s tracked for a decade. “I was like, ‘Wait, it’s 2019 and and people are still naming their dogs Bella?'”

The Minneapolis licensing data available isn’t broken out by gender, but the city might be lagging behind national trends for male dogs.

Max and Charlie, perennial faves for dude dogs, remain among the city’s most popular. But several national lists have seen both names fall in recent years to the likes of Asher and Finn.

“It seemed like every year there were the same few names at the top for females, whereas male names would fluctuate,” she said. “I have no idea why that is.”

Fri Jan 6 , 2023
NICHOLASVILLE, Ky. (LEX 18) — After thousands of dollars were found to be unaccounted for, the director of Jessamine County Animal Care and Control is facing a felony charge. Timothy Brown, 35, was indicted in November on a count of abuse of public trust, according to court records. He has […] 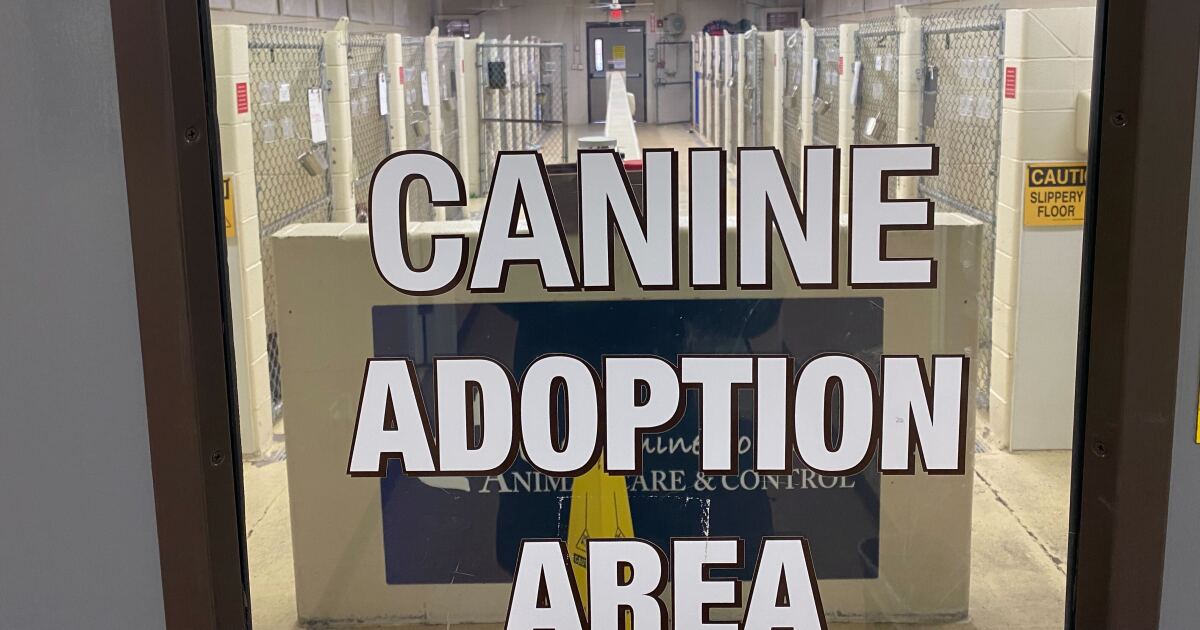