Chico was a red tabby cat who belonged to the Ratzinger’s neighbors in Pentling, Bavaria, immortalized in the illustrated book, “Joseph and Chico: The Life of Pope Benedict XVI as Told By a Cat.”

“Chico was a big reddish cat with a lot of character,” Perego, the author of the children’s book, told CNA. She said that she was inspired to write the book while researching Benedict’s early life in Bavaria and meeting Chico, whom the international press were already referring to as “his cat.”

In the book, Chico the cat narrates the life of Joseph Ratzinger from his childhood in Germany to his election as the 265th Roman pontiff. Archbishop Georg Gänswein, the pope’s personal secretary, wrote in the book’s introduction: “The pope also loves cats and all animals because they are creatures of God.”

Chico, who was already fully grown at the time of Benedict’s election as pope, died in the fall of 2012, according to Perego.

During Benedict XVI’s apostolic trip to the United Kingdom in 2010, he visited the Birmingham Oratory established by St. John Henry Newman.

At the oratory, the pope encountered an unexpected friend — a fluffy black cat named Pushkin. The oratory cat wore a ribbon with the papal colors, yellow and white, around his neck for the occasion.

Journalists snapped photos as Pope Benedict stroked the cat’s chin and ears. He said: “Aren’t you pretty? What’s his name? How old is he?”

Pushkin, who was 10 years old at the time, went on to live another eight years and even penned his own memoir, “Pushkin the Pontifical Puss: Tails of an Oratory Cat,” which also details the time he met Princess Michael of Kent.

At Catholic News Agency, our team is committed to reporting the truth with courage, integrity, and fidelity to our faith. We provide news about the Church and the world, as seen through the teachings of the Catholic Church. When you subscribe to the CNA UPDATE, we’ll send you a daily email with links to the news you need and, occasionally, breaking news.

As part of this free service you may receive occasional offers from us at EWTN News and EWTN. We won’t rent or sell your information, and you can unsubscribe at any time.

After Benedict XVI retired to Mater Ecclesiae Monastery inside the walls of Vatican City State, he continued to greet some of the cats who lived in the Vatican gardens. Two of the Vaticats in particular made an impression.

“Contessa and Zorro, two cats that live in our gardens, come often to say hello to the pope emeritus,” Gänswein told the Italian magazine BenEssere on March 25, 2016.

At a time when the pope emeritus was largely hidden away from the world, a photo of Benedict holding the little gray and white cat named Zorro caught the world’s attention.

Pope Benedict XVI’s love of cats remains one of my favorite memories of him. Today, my family prayed a decade of the rosary for him, and the girls used some of their Christmas money to buy cat toys for the animal shelter in his honor. pic.twitter.com/pT2NyIA4AR

Contessa, also known by the diminutive, Contessina, was a black and white kitten who was also photographed alongside the pope during his years of retirement living within Vatican City’s walls.

As Catholics remember Benedict XVI ahead of his funeral this week, some have found ways to honor the late pope, as well as his love of cats.

Mon Jan 2 , 2023
Beverly Mitchell put in long days helping dogs and cats as a volunteer at the Los Angeles city animal shelter in Lincoln Heights. Trusted by staff, Mitchell was even given keys to medical rooms that were off-limits to other volunteers so she could check on the animals. But Mitchell’s three-year […] 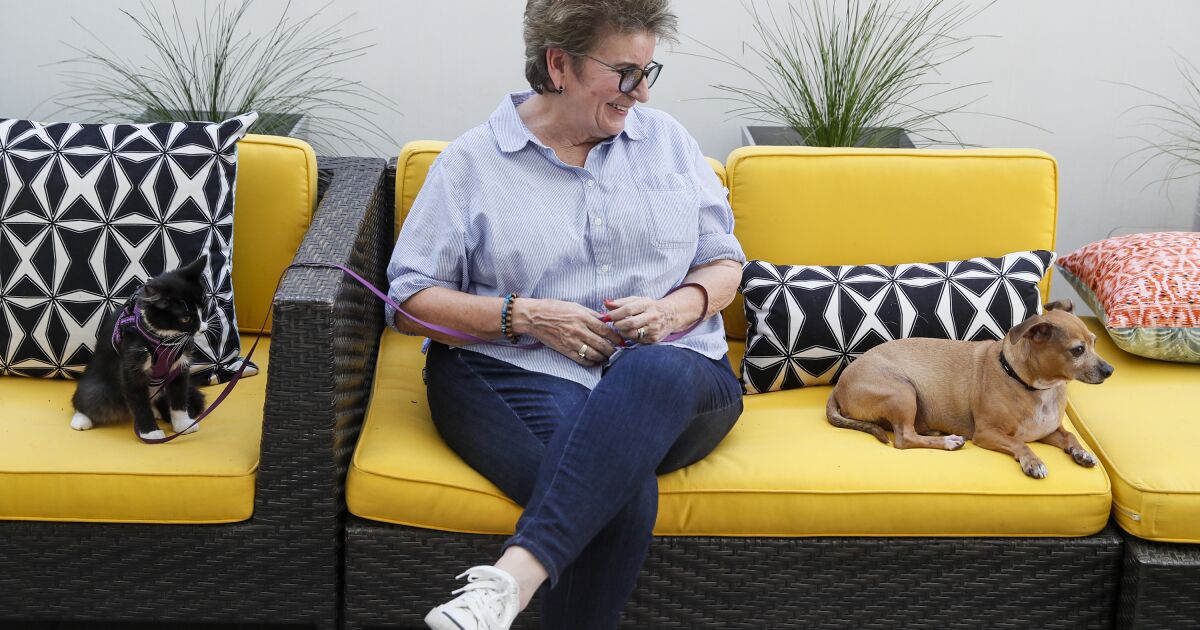