Jan. 4 (UPI) — A tree disposal service worker came to the rescue of a cat who spent four days stuck in a tree about 50 feet above the ground.

Grace Perrine said her cat, Scarlet, was chasing a squirrel when she ascended a tree in Perrine’s Berea yard and found herself unable to climb back down.

“She didn’t have any food. She was up there four nights — probably about 40 to 50 feet in the air — in a huge tree with no branches growing horizontally that she could make her way down,” Perrine told the Richmond Register.

Perrine said Scarlet refused to be coaxed down, and an attempt by firefighters to reach her with a ladder only caused her to become spooked and flee further up the tree.

Perrine turned to Facebook for help, and was put in touch with Brett Parker of Match Cut Tree Bro’s LLC.

The business posted a video to Facebook showing Parker ascending the tree for the feline rescue.

“I thought, ‘What if I take and rig up a lasso device like the animal control people use?’ So I rigged up a lasso, went up and lassoed the cat. It was on the very tip of a limb,” Parker said.

Scarlet was safely returned to solid ground and reunited with Perrine.

“She’s home, she’s safe, and she doesn’t leave or go far from me,” Perrine said.

Parker refused to accept any payment for the rescue.

“I knew if I didn’t get this cat down safely, that nobody was going to like me,” Parker joked.

Thu Jan 5 , 2023
WILLIAMSON COUNTY, Texas (KXAN) — The Williamson County Regional Animal Shelter is offering $10 adoptions in an effort to help the community make a “big impact” in the New Year. All medium-to-large adult dogs – or all big dogs – are $10 to adopt this week. The shelter currently has […] 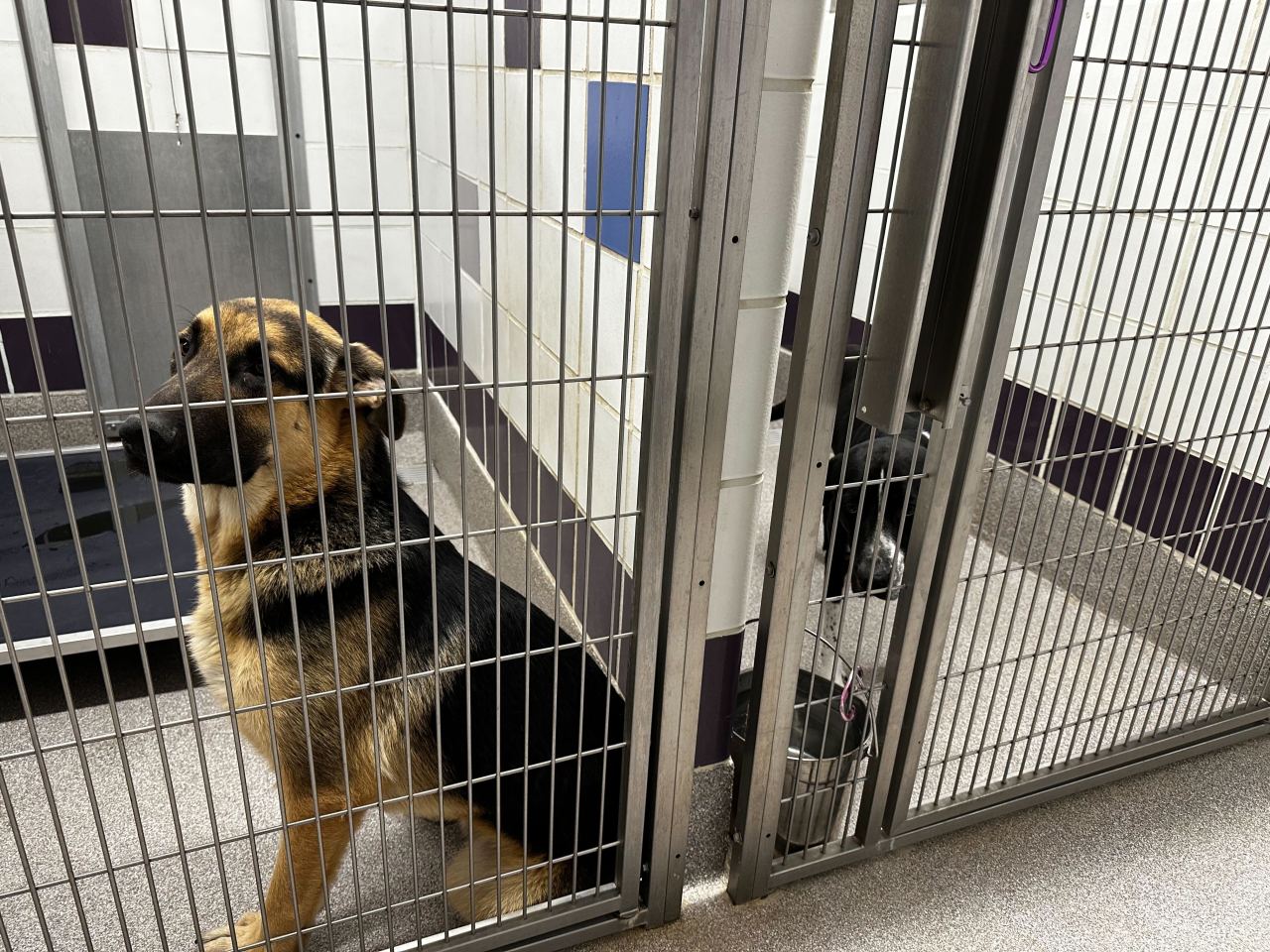