MASTIC BEACH, N.Y. (PIX11) – A lost cat on Long Island found her way home after several days and rang her owner’s doorbell, leading to a heartwarming reunion recorded on video.

Eight-year-old Lily the cat enjoys spending time outdoors and exploring. She “owned the block” in her old neighborhood, owner Stefanie Whitley said, but always made sure to come home.

That all changed when her family moved to a new neighborhood in Mastic Beach. “I was really nervous about bringing her to a new area with how she would react,” Whitley said.

Whitley was right to be worried. About two weeks after moving in, Lily went missing.

“Normally she comes home, but this time felt different and I didn’t think that Lily was coming home,” Whitley said.

To their surprise, Lily’s face popped up on their TV screen and Alexa device. The cat can be seen in the Ring video pawing at the doorbell, seemingly begging to be let inside.

“Oh my God!” Whitley can be heard when she goes outside and is reunited with Lily.

“We all gasped. We were laughing. We were emotional. We were crying. It was a great moment,” Whitley said.

Whitley believes Lily knew exactly what she was doing when she activated the Ring doorbell.

“I don’t know how she found us, but she definitely knows what the Ring camera is,” Whitley said. “Every time the notification goes off, she’ll look toward the door. She knows what she’s doing.”

Thu Sep 15 , 2022
The Conservative peer Zac Goldsmith has been sacked as an environment minister, raising fears among some Tory MPs and campaigners that animal welfare will be downgraded by Liz Truss’s government. The environmentalist and politician, a close friend of Boris Johnson and his wife, Carrie, has been stripped of the domestic […] 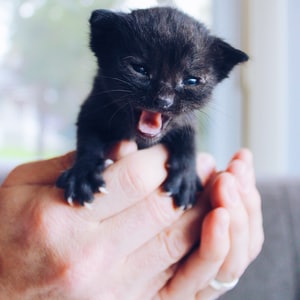