SACRAMENTO — A West Sacramento woman got the surprise of a lifetime Saturday when she was reunited with her missing cat after nearly 6 years.

A tiny piece of technology called a microchip is to thank. It’s an electronic implant the size of a grain of rice that is inserted just underneath a pet’s skin in a quick procedure that is similar to receiving a shot. With a quick scan, it can pull up the name and contact information of the pet’s owner, and it lasts a lifetime.

That small chip can keep hope alive in big ways for pet owners when an animal goes missing.

Looking at the 13-year-old cat, Lily, now, she purrs loudly and gladly accepts belly rubs and treats from her owner Jessica Kinsey of West Sacramento.

You’d have no idea she was missing from her family for nearly half her life.

“Everyone is in total disbelief that she made it home,” said Kinsey.

Kinsey adopted Lily as a kitten when she was just 16 years old herself. One day, the indoor/outdoor cat that had become family to Kinsey did not come home.

“She would come and go for a couple days and always come back, and then she didn’t,” said Kinsey.

Kinsey moved away from the home Lily went missing from, but she kept routinely checking local shelters and social media posts of lost animals since 2017, the last time she saw Lily.

“I always hoped, if she is still alive, I hope at least she is with someone who is treating her right,” said Kinsey.

On Friday, Dec. 9, a stray cat was taken in at the Sacramento SPCA.

It turns out, it was Lily — and thanks to the cat’s microchip registered to Kinsey, she got a call with the news she’s waited years for. Her cat was alive.

“It was just complete shock. They said, ‘Oh, have you been missing her?’ and I said, ‘Yeah, for almost six years!’ I couldn’t believe it,” she said.

It was a tear-filled moment as Kinsey reunited with Lily at the SPCA shelter Saturday. She says her cat remembered her right way after all this time.

“I’m like petting her, talking to her and I think, ‘Oh, my gosh. It’s really Lily. She still looks exactly the same,’ ” said Kinsey.

The SPCA says happy endings like this are rare. Just 2% of the cats that come into their shelter are reunited with their owners.

The most important thing that Kinsey did was keep her contact information on Lily’s microchip updated every time it changed. Over the six-year span, she got a new phone number, a new address, and she updated the chip information each time — just in case.

It made all the difference for Lily.

“If it wasn’t for the chip, no, I never would have found her because I had done everything you could do without a chip,” said Kinsey.

“That’s the best way to get your animal identified without a collar or tags that may get lost or stolen or removed,” said Larson. “The most important thing though with those microchips is that the information stays up to date.”

Not much is known about how Lily spent her nearly 2,000 days on the run. Jessica suspects she may have found another temporary family in that time, or just gotten by with her hunting skills.

Lily is healthy for the most part for a 13-year-old cat, but could have cancer as a tumor on her foot needs to be removed.

Now, her days are spent as they should be — with belly rubs, treats and cat trees; She’s finally home just in time for Christmas.

Microchips are inexpensive and can be given to dogs, cats and other pets at a veterinarian’s office, an animal shelter, or many vaccine clinics in the region.

Most shelters like the Sacramento SPCA microchip all adopted animals for free.

“We cannot sustain this,” OKC Animal Welfare overwhelmed with dogs

Thu Dec 15 , 2022
OKLAHOMA CITY (KFOR) – Oklahoma City Animal Welfare says it is at a critical level as they have hundreds of dogs in their care. Earlier this week, the shelter said that it has over 500 dogs in its care. Police release arrest video of popular Norman bakery owner “We simply […] 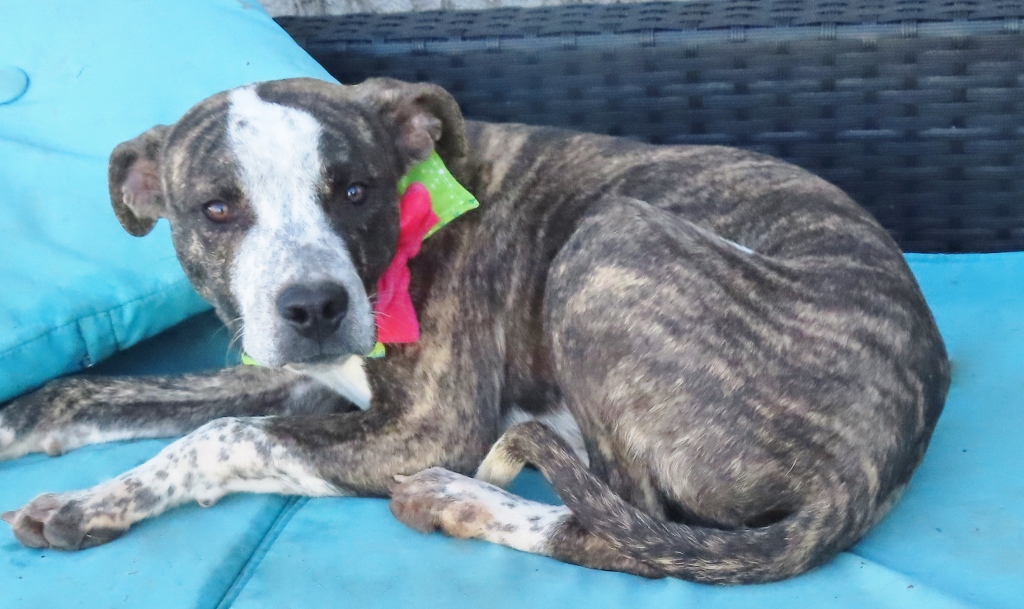