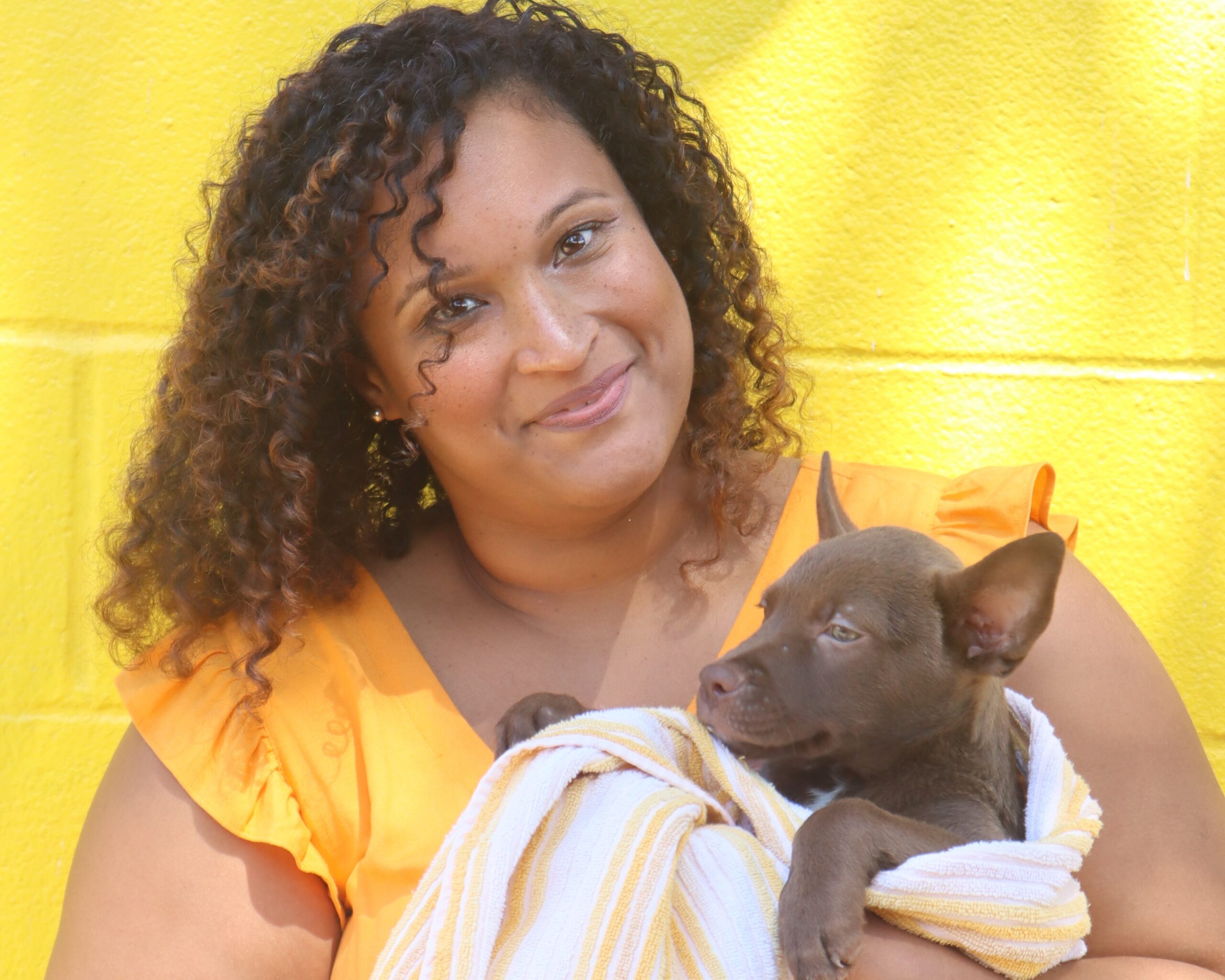 Hallmarks of that professional passage, she recounts, include earning a BA in forensic psychology, an extended stint at Big Brothers Big Sisters NYC, and, later, in Austin, a position in the state’s public defender’s office, where her job was seeking to overturn death penalty sentences.

While holding that job for just two years, she found it grueling—emotionally and otherwise, including extensive travel—and was searching for opportunities “to find more joy in my work.”

She learned APA! was looking to hire a social worker, a step by the shelter that was a new venture and, as such, amorphous—such that, after Telfair-Garcia expressed interest, she and APA! CEO Dr. Ellen Jefferson shaped the final version of the position, before

Telfair-Garcia was hired. (She’s a longtime animal lover, getting a dog for her 5th birthday, and now, her own family lives with three rescue dogs.)

That hiring places Telfair-Garcia and APA! at the forefront of a new trend of animal shelters adding social workers to their staffs, reflecting those shelters’ awareness of the link between humans’ welfare and pets’ welfare.

Telfair-Garcia figures there are just a handful of counterparts at shelters across the country, and has spoken with them, comparing notes. She observes the key challenges she has faced in her nearly three months at APA!, and outlines some of the new programs she’s developing, including an eight-week training program for teens, providing them skills that could yield jobs in the animal field.

Environmental impact of diets for dogs and cats