KEYSTONE, Iowa (KCRG) – Some people in Keystone who own pit bulls or dogs that look like pit bulls will be allowed to keep their pets. A special meeting Tuesday night between dog owners and Keystone officials resulted in, not in a rule change, but specific solutions for those involved.

In July, Preston Moore, Iowa State Director for the Humane Society of the United States, said he’d been approached by 10 families in Keystone who had been given notice to remove their dogs because they were pit bulls or resembled pit bulls.

MaKinzie Brecht said Wednesday that a bigger group received unofficial notices to rehome their dogs in July. She said she was one of four who went on to get a formal notice and one of three to appeal.

Gabby Gormley is another dog owner who appealed. She said the official notices came over Labor Day weekend. “So we sent in our appeal notices. They were granted. We were allowed to keep our dogs kind of in our custody until our appeal hearing, which was [Tuesday,]” said Gormley.

For Brecht, the aftermath of Tuesday’s meeting is that she can keep her dogs “with some reasonable accommodations.”

“I have to put a six-foot fence. It has to be embedded in the ground. I have to register my animals,” said Brecht. “I have to see if my homeowner’s insurance covers them. And then also just like, up to date on shots, that kind of stuff. Also, if I walk them, has to be with an adult and they have to be muzzled. And it can only be one at a time,” said Brecht.

Brecht said after receiving that formal notice she’d have to rehome her dogs is when she established her pets as Emotional Support Animals. “That’s kind of what saved my animals,” said Brecht.

Gormley said, “The council kind of came to an agreement that if I can provide an official letter from a vet saying that my dog is a boxer lab mix…then I’m good to go.”

However, she does not know what that will cost her. “I wouldn’t doubt that there is some sort of out-of-pocket costs that’s going to come with this. I just don’t know exactly what that’s going to look like yet,” said Gormley.

For Brecht, an individualized solution is not enough. “I will be honest, I’m not satisfied. I would like all the dogs to be safe. And I would like to still get this ban overturned.”

Nicolas Cage Loves His Cat. The Internet Was Made for This Moment

Thu Sep 22 , 2022
Nicolas Cage has a cat. Cage and that cat have inspired an art exhibit. The internet has never had a better day.  The art will be displayed at CatCon, a convention wholly devoted to the creature Al Gore had in mind when he invented our beloved worldwide network of connected […] 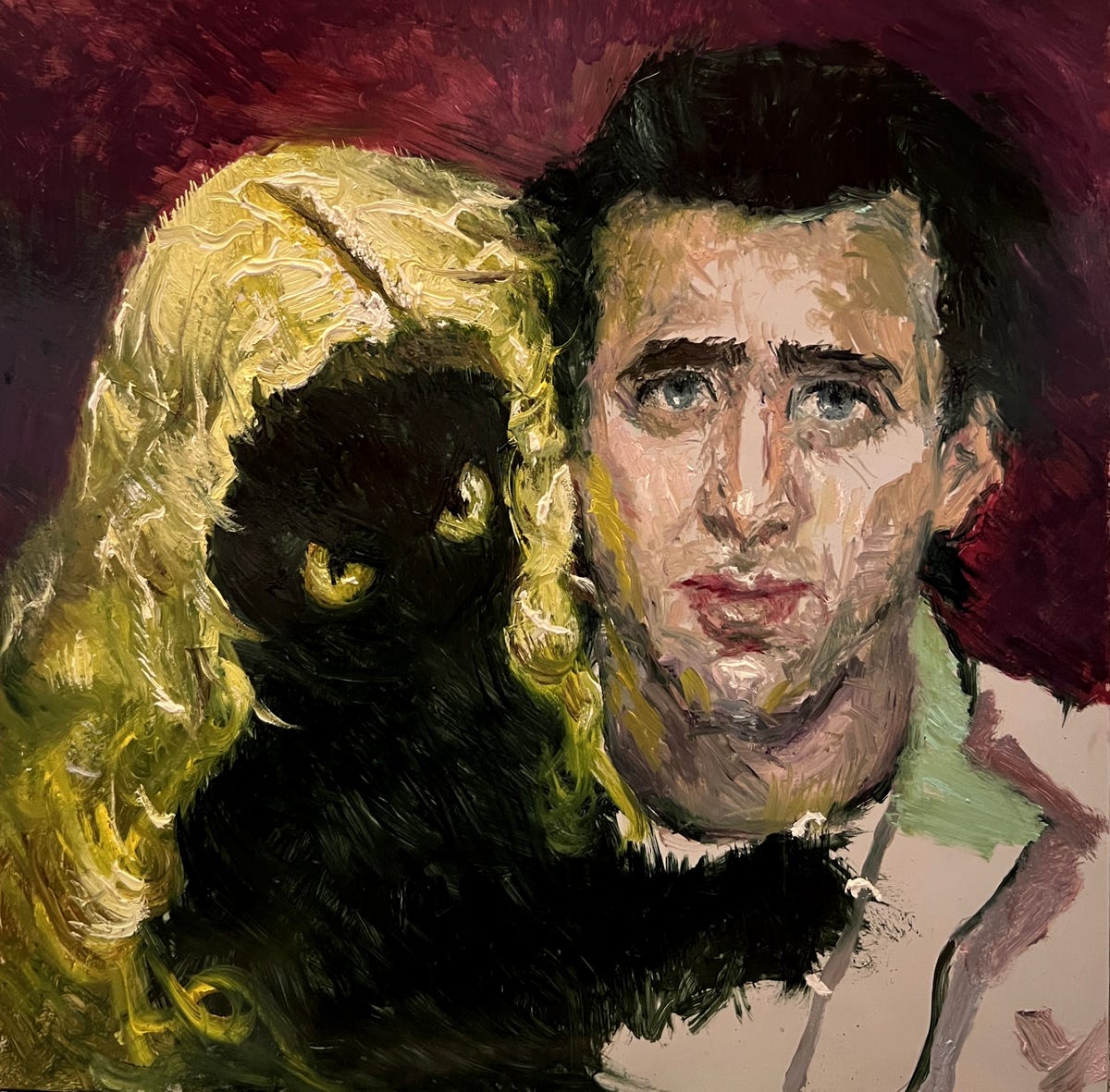